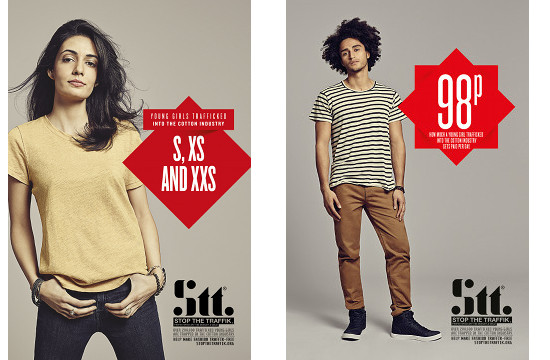 The staggering extent of human trafficking in the cotton industry is revealed this week by a new hard-hitting campaign encouraging people to Make Fashion Traffik-Free.

Leagas Delaney is launching a series of ads (at the bottom of this story) for STOP THE TRAFFIK which will be appearing in print media and poster sites during December and into the new year. All media space has been donated to the campaign.

Around the world, men, women and children are trafficked to work in the cotton industry. STOP THE TRAFFIK’s new campaign Make Fashion Traffik-Free is focused on the thousands of young women and girls who are tricked, trapped and exploited within spinning and weaving factories in Tamil Nadu, India. They are often far from their families, working 16 hour days, receiving little or no pay while confined to work, eat and sleep within the factory walls.

James Hayhurst, Managing Director of Leagas Delaney explains: “We wanted to create a powerful ad that was simple, but hard-hitting in its approach to draw attention to the shocking issue of human trafficking in the cotton industry, especially amongst young girls.

The ads emulate the style of many high street clothing retailers: shots of young models wearing cool clothes, captioned with eye-catching promotional messages. The difference is that our messages – once read more closely – reveal the uncomfortable truths about the cotton industry.”

The messaging, together with a key visual of a barbed wire cost hanger, also developed by Leagas Delaney, are core elements of a long-term, international campaign, and will be used in local initiatives around the world as well as being distributed via social media.

Ruth Dearnley, CEO of STOP THE TRAFFIK adds “Cotton made by these trafficked young women and girls may be in the t-shirt I am wearing today. It may be in the clothes in your wardrobe at home. At the moment we don’t know. Fashion retailers and labels don’t know.

But we can change this. As consumers we have a powerful voice, we can use it to urge companies to change their behaviour so that they can tell us that the clothes we are buying are Traffik-Free.

Our collaboration with Leagas Delaney over the years has resulted in continuously strong work. We hope the impact of these particular visuals will make people take notice and most critically, take action. We want to bolster consumer awareness and change the lives of those working in these factories in India.” 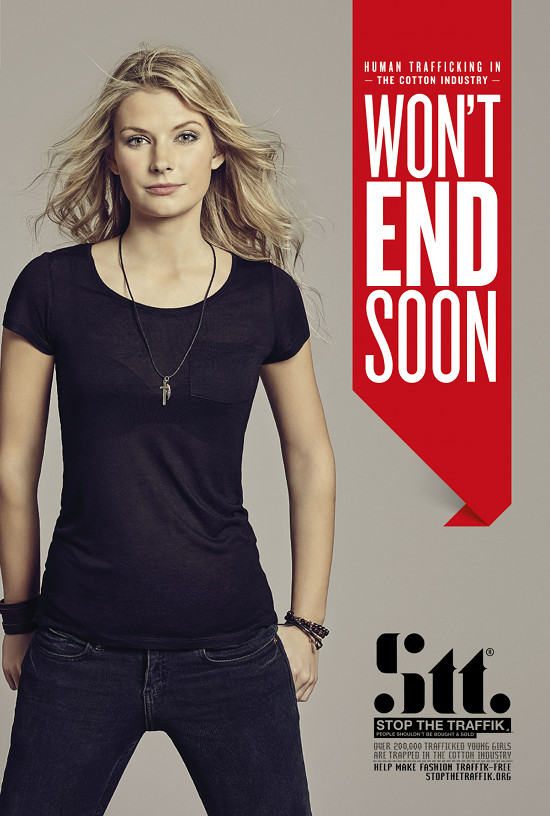 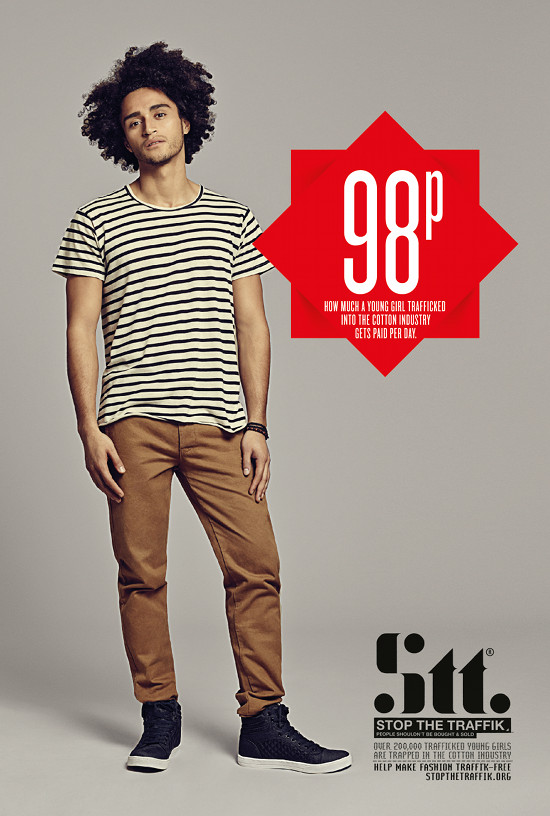 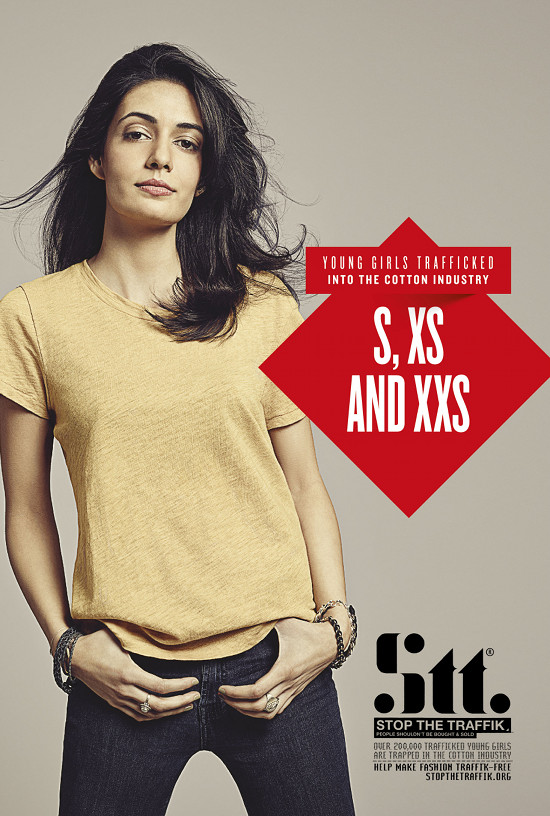 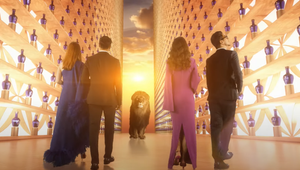 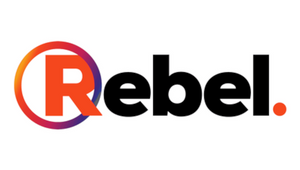 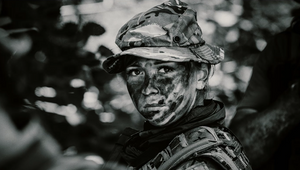 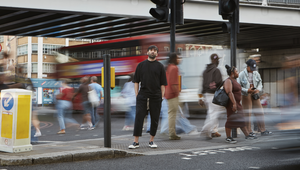