Trends and Insight 392 Add to collection 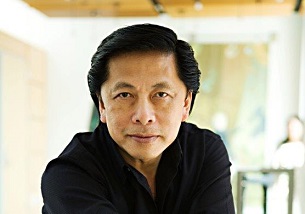 Catching up with John Jay during a flying trip to Tokyo, we find out what cultural insights are doing for the expansion of UNIQLO and why the Global CD of one of the world’s biggest apparel retailers thinks in-authentic marketing can ‘lack depth’.

With an inimitable and extensive career in advertising, spanning EVP and Director of Marketing and Creative Services roles at Bloomingdale’s, a Global CD and Partner role at Wieden+Kennedy, and his current position as President of Global Creative at Fast Retailing, John Jay is known for his unique approach to creative leadership.

Throughout his career he has stressed the importance of ‘authenticity’ and the absolute need for brands to understand the culture and fabric of the community they are marketing to. “It’s about being committed to being contributors to each local economy and culture,” explains John. He tells us that his experience on both client and agency side has led to an emphasis on authenticity and true insight in every campaign he works on, adding: “I have always worked with a collaborative spirit with those outside of the mainstream.”

At the point he joined Fast Retailing, UNIQLO was struggling to overcome a ‘mainstream’ appeal in Asia and a ‘low-cost’ reputation in Europe and the US. However, the last few years have seen the brand take a conscious step to tie itself to cultural and sub-cultural movements, strengthening its roots in markets all around the world - most recently opening in Chicago, Denver and Seattle.

One of the latest cultural initiatives saw the New York branch of UNIQLO launch ‘Art for All’ - a partnership with local artists and impresario Jeffrey Deitch, who curated the project. The campaign is inspired by the motto of artists Gilbert and George and aims to present artworks at an accessible location and affordable prices, so that everyone has the opportunity to participate in the art discourse. The items in the “Art for All” shops are all hand-selected by Deitch and inspired by the ideas and work of established and emerging artists from around the world, all available at under $100. A leading figure in New York’s contemporary art scene for over four decades, Deitch has built unparalleled knowledge and experience in his roles as promoter, curator, gallerist and writer.

Deeply passionate about the intrinsic nature of retail advertising and authenticity, Jay feels that when it comes to brands, “there are great collaborations based on real ideas that are authentic to both partners, then there are those based on lazy marketing that lack depth”.

Jay has been particularly focussed on the growth of the UNIQLO brand globally, but in fact has responsibility for all brands under Fast Retailing name, which include Comptoir des Cotonniers, GU, Helmut Lang, J Brand, Princesse tam.tam and Theory. Asking him about the challenges of creating a global message whilst still engaging local markets, he says, “the challenge is always to have relevance at the local level while protecting the ethos of the brand. You must always respect cultural differences.”

Trends that Jay is keeping a close eye on this year include new emerging artists, galleries and curators and the influence of global art on our increasingly visual culture. He also intends to entwine fashion with music and technology.

With authenticity and deep cultural understanding at the heart of his interest, Jay has accepted a position on the jury for the new-for-this-year Cultural Driver award at The One Show. According to The One Show, the Cultural Driver Award ‘will celebrate influential ideas and executions that have had a noticeable impact on pop culture, often transcending the traditional categories in advertising and design.’

Feeling that the category resonated with his interests, John explains: “It’s so important for brands to lead trends instead of follow them, particularly if you want to earn the respect of those ‘in-the-know’ for the long term. Some people are just comfortable being a follower... it's a lot easier and less intellectually demanding. I was keen to judge the Cultural Driver category in New York this year as I feel The One Show is very important to the future generations of creative thinkers and makers.”

John will judge with other high profile names in advertising, Dan Wieden and Lee Clow, and will also be joined by major celebrities and entrepreneurs including will.i.am, Bootsy Collins and tennis icon Serena Williams. Judges for this special award will look for work that contributed to the pop cultural lexicon, rather than react to it, including work that incited a social movement, influenced fashion, gave birth to a new dance form, coined a new term, and so on.

As a new award, Jay says that he wants the work to “surprise him” as he will enter the process with “no preconceived expectations.”