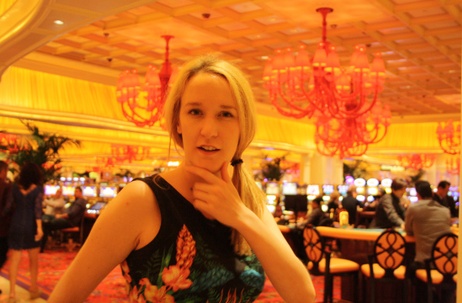 On Monday November 5th, the banks of the Thames crawled with hulking super-soldiers, armour plated jeeps were cluttered around Tower Bridge and a mysterious red symbol glowed in the skies… Ok, it wasn’t an alien invasion, but the launch of Halo 4, which I had been invited to attend by AKQA.  Over on the other side of the pond, Americans were preparing to vote and I think I could have been forgiven for fearing that the militaristic paraphernalia that surrounded me was some kind of omen of a dystopian future.
As it turns out we hopefully won’t be needing to call upon the services of Master Chief any time soon as Barack Obama emerged victorious from the polls, ready to take on that ever-tricky second album.
This time around, the campaigning from both Republicans and Democrats has taken on a rather different flavour compared with four years ago. Where Obama came to power in a shower of hope and good humour characterised by the epic Sheppard Fairey poster, Tina Fey’s Sarah Palin and Sarah Silverman’s Jewish grandparents sketch… this time around there has been an urgency, with a tighter-fought race that has been reflected in the official – and unofficial – campaign materials.
Samuel L Jackson railed against complacency, urging America to ‘Wake the Fuck Up’ while Will Ferrell practically begged Americans to vote in the literally-named viral ‘Will Ferrell Will Do Anything to Get You to Vote’. Chris Rock took to Jimmy Kimmel Live to argue for Barack Obama’s – or Barry O’Bama’s – appeal to white voters. Meanwhile C Montgomery Burns threw his support behind Obama – only joking! – as he appeared in an infomerical on behalf of the Springfield Republican party. As if to underscore the importance of social media, Mr President’s victory tweet – a photo of him hugging his much-loved wife, Michelle – has become the most re-tweeted post in history.

It hasn’t just been the celebs getting involved this time around. With such a close race, production companies and agencies have been getting in on the act. Jeff Goodby and Rich Silverstein created the ‘Future Children Project’, writing a song, which envisioned the potential dystopia that awaited America if Obama lost.  On a somewhat less serious note, Poolhouse created enlisted the help of a ‘talking’ dog to help undecided voters make up their minds. For those taking a more historical perspective on electoral proceedings, production company Superfad created a series of animations highlighting the dirty secrets of presidents past in an effort to persuade voters that they should make sure they were fully informed before casting their vote. Causing giggles at LBB HQ has been cassette boys mash up of the presidential debate, and – we are not ashamed to admit – the inevitable Mitt Romney Gangham parody (made Gabby clap her hands in glee).
This time around, brand Obama has triumphed again, but unlike last time the brand has had a harder time getting its message across. Over the last four years Obama has had the chance to prove that he can’t walk on water, and has come up against the obstructions and set-backs which inevitably crop up in any presidency. It turns out that politics and advertising really aren’t so different – and I’m not just talking about the scheming, plotting and gossip – presidents, like brands, ultimately live or die by their deeds rather than their words. In the age of the twittergramface-verse, politicians and products have nowhere to hide.
Right, so that’s politics. Simple, innit. Now if you’ll excuse me I’m going to get back to the important business of Halo 4…
view more - Creative