Droning on about drones 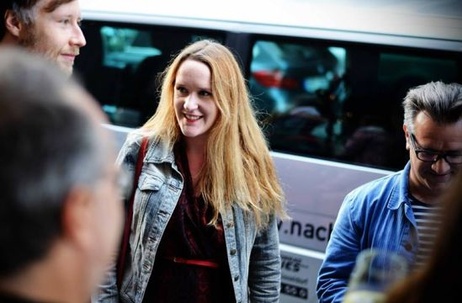 Everyone it seems is droning on about drones. It’s November and the pre-pre-Christmas onslaught of 2014 trend-spotting articles is well underway. The Wired World 2014 is out, as is the most recent SoDA report and everywhere the Kate Mosses and Cara Delevignes of the Thought Leadership Catwalk circuit seem confident that drones are the directional new look for Spring-Summer 2014.

Leaving to one side the phrase ‘thought leadership’, which is just ugly and horrible and I wish people would stop using it, my attention keeps returning to the drones. As every future-caster worth their Google Glass will tell you, these hovering robots are already being used in agriculture, traffic management and food delivery. Yay! Flying robots! The future cometh… But then again, as A.N. Hash points out in the Wired World, drones are also used to dump explosives and patrol combat zones and borders.

As the ‘next big things’ go, they suffer from a bit of an image problem. In the popular media the phrase ‘drone’ is mostly used in conjunction with ‘strikes’, and within the public imagination we immediately think of military machines, despite the positive and even life-saving uses that drones can be put to. And then there’s that word. Bagpipes and over-worked male bumblebees may not be the most inspiring lexical company.

The issue of drones perfectly illustrates my own tug-of-love with technology. I love novelty and convenience, I loathe the obligation to ‘be always on’. I want technology to make my life easier, not act like some all-seeing tell-tale prefect. And so if drones are to be embraced, or at least tolerated, by the general public I wonder if they might have to undergo a bit of rebrand, become a little less Skynet. My inclination would be to go for something in a ‘Batteries Not Included’ mould – but then I’ve always been a bit of a Jessica Tandy fan.

People often turn out to be a lot more accepting and far more forgetful than initially expected. There's been no mass exodus from Gmail and Facebook following the NSA revelations and, let’s face it, there a lot of ethically dubious companies out there turning a massive profit, so someone must still be buying… I’ve lost count of the big trends I refused to see coming because I thought they were too unspeakably stupid to catch on: playsuits, wedge trainers, Facebook back in 2005… but I thought the Minidisc would be massive. There’s a fine line between early adoption and bandwagon jumping and perhaps I and other sceptics need to do some work on that.

Oh, I love novelty and inventiveness, it’s just that I’ve just always considered the phrase ‘look before you leap’ to be quite a solid piece of advice. I’m a big fan of just sitting and having a big old think. These days the rate of change is accelerating, the volume of information we’re bombarded with is exploding and the life cycle of trends is shrinking to such an extent that that’s not really an option. For such a supposedly advanced and sophisticated age, we have to rely an awful lot on our gut instinct. Our snap judgements aren’t necessarily terrible – they’ve got our species through the last couple of million years in reasonably good shape – but they’re not logical nor are they particularly subtle.

I’ve found that if I’m to separate the gems from the sweetie wrappers, I often have to actively counteract my initial reaction. I’ve come to suspect and accept that when it comes to trend spotting I’m like a British weather forecaster. The scarier some new development seems or the more uncomfortable it makes me feel the more likely it is to catch on. Now that might well be confirmation bias, but it also makes sense. Real change IS scary. If it’s not scary, it’s probably not that much of a change.

So, back to drones… I admit that they kind of give me the willies. Maybe it’s the military connotations and the fact that they’ve sanitized the act of killing so much that American soldiers and Prince Harry compare piloting them to playing Call of Duty. Maybe it’s the mid-air lurk (machines shouldn’t lurk). Or maybe I should seriously stop watching terrible films based on good Isaac Asimov stories. But if my entirely unscientific heebie-jeebies are anything to go by, expect drones to be absolutely everywhere.