Shall we settle for Gogglebox or would you support an international People’s award? 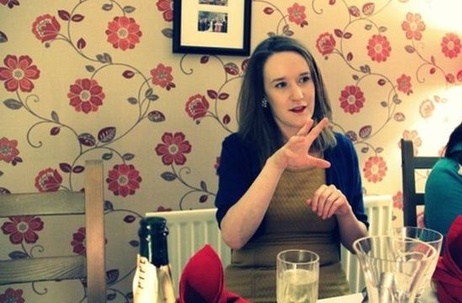 The silly season, I think it’s fair to say, is truly underway. The Cyber Monday Christmas shopping stories, the obligatory ‘we’re not sending cards this year’ Facebook updates, the party invites, the Sunday afternoon ‘family films’ on TV and the snotty noses. Oh and the ads.

By far one of the most amusing by-products of the Christmas commercial bonanza has been the review of the John Lewis ‘Bear and the Hare’ ad on a recent episode of Gogglebox. For those of you not familiar with it, it’s a UK show on Channel 4 in which a varied selection of British households are filmed watching TV. Now, I’m well aware that the concept sounds brain-dribblingly meta. TV has eaten itself and has created a black hole of quality anti-matter. But in practice it’s proven to be a surprise hit and I wouldn’t be surprised to see the franchise picked up and developed for other countries.

This series has seen a few commercials into the mix of the week’s TV. As well as John Lewis, there’s been the recent ‘Compare the Meerkat’ spot starring singer and X Factor judge Gary Barlow. Forget testing and focus groups, you’re going to see a far more honest appraisal of a piece of work from people slobbing out in their living room enjoying a glass of wine or can of lager (or in the case of the show’s sublime posh couple, a creative vodka-based cocktail).

It brings to mind a line in the Robert Burns poem ‘To A Louse’: “O wad some Power the giftie gie us, to see oursels as ithers see us!” (Don’t ask – memorising Robert Burns poems is one of the, err, quirks of Scottish primary education…). To truly see yourself – and your work – objectively is an elusive ability. Some more philosophically inclined souls might say it’s nigh on impossible. But that’s not to say it isn’t worth trying.

On the one hand, if every creative went about constantly second-guessing themselves then the work would suffer and there would be a stream of nervous breakdowns. On the other, with our constant merry-go-round of festivals and awards and conferences I wonder if the industry might be in danger of becoming wrapped up in itself.

Perhaps we could do with the Gogglebox touch. The value of professional judges at the top of their game who understand the industry inside out is (more or less) unquestionable. But I’ve often wondered if the award-circuit, over-populated as it is, could benefit from lay juries. It could be painful, it could be shocking, but it could also give us a completely different perspective on ‘good’ and ‘bad’ work. Applied Arts Magazine in Canada tried something similar earlier in the year – they found that non-adlanders generally agreed with the professionals on the great work but were far more brutal on the mediocre – proof perhaps that the industry has a bad habit underestimating how savvy and discerning most people are.

Will it ever happen? Will the industry ever be brave enough to support an international People’s award? Would anyone ever enter their work into it? Probably not. For now we’ll have to settle for Gogglebox.