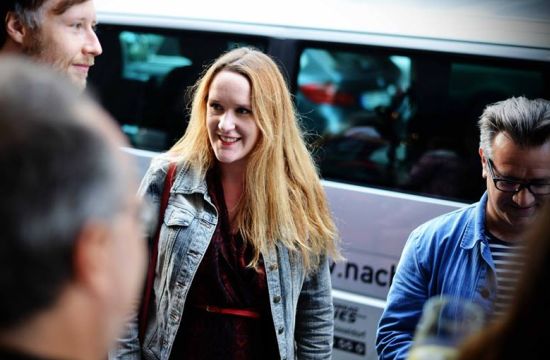 It’s been a week of ups and downs, endings and new beginnings. On the one hand I said goodbye to Walter White, Jesse and Albuquerque, but on the other I said hello to being free to do stuff on a Monday night. Cinematography, sound design, direction, writing… Breaking Bad, which reached its epic conclusion this week, was certainly the full package. I’ll admit to feeling somewhat lost without a fix of crystal blue to look forward to, but a trip to Dusseldorf’s Regielounge on Thursday has given me hope – the creative talent is out there.

Regielounge – or the Director’s Lounge – is the brainchild of Steffen Gentis, the Chief Production Officer at BBDO Germany. It’s a regular event in which a selection of hand-picked filmmakers is introduced to the German advertising industry and have their work screened. Over the years it has evolved into a pivotal event in the country’s adland calendar. It was a surreal joy to experience it for the first time last week with LBB’s Matt Cooper and a team from the sponsors, Adstream – to say nothing of Steffen ‘Gameshow Host’ Gentis working the crowd and interviewing the talent.

If you missed the live stream – dudes where were you? – I highly recommend you check out the work of the directors featured in Regielounge 45.

Daniel Warwick
Daniel’s Mercedes spot via Jung von Matt got the big laughs of the night.

Mark Nunneley
RSA’s Mark Nunneley was on hand to introduce his Cornetto film, a gorgeous and cleverly told love story.

McBess and Simon
The multi-talented French illustrator and animator McBess was LBB’s guest director. We love McBess. Can you tell?

Finnish director with an energetic style.

It was great to see the assembled creatives drink in great work both new and familiar. At a time when many production companies are reporting that agencies are less willing to try new talent, less eager to break the next big thing, Steffen and his Regielounge crew might just be onto something. Nurturing the development of this generation’s creatives and filmmakers isn’t just a nice to have – it’s imperative. After all, the next Breaking Bad has to come from somewhere and, if we don’t give talented filmmakers a platform to flourish, we’re all a bit screwed.

(In pretty unrelated news, I’m waging a one-woman social media campaign – currently standing at two tweets and a Facebook status update – to encourage agencies thinking about next year’s Cannes presentations to pull their fingers out and get Vince Gilligan, Bryan Cranston and Aaron Paul to the Palais. Come on people - #BreakingCannes. Let’s do it. )