Looking back to LBB’s second Academy 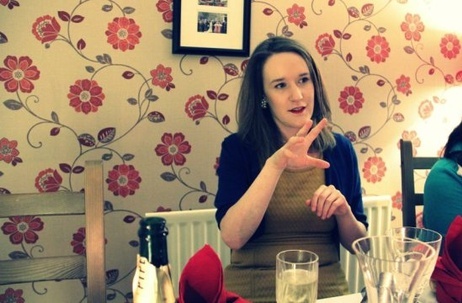 It’s one of those sayings that has been relegated to the league of ‘you don’t have to be mad to work here but it helps’. You know, the sort of phrase that a few years ago would grace inspirational black-bordered office posters of desert islands, mountains and sunsets. The sort that now clutters up Facebook newsfeeds thanks to the sprogged-up old school-friends and relatives you feel guilty about wanting to de-friend. “Half of being smart is knowing what you’re dumb at”. But this week I’ve been finding that, as with many banal platitudes, there’s more than one irritating grain of truth in it.

For example, as has been pointed out to me by my LBB colleagues, I’m not very good at keeping desks neat and tidy. Apparently I’m not great at remembering to go back to finish unfinished sentences either. I’m not about to launch into some sort of re-imagining of the Chairman Mao-era ‘self-criticisms’ but, y’know, there’s always some room for improvement.  I know nothing about physics too.

So in the spirit of self-improvement, the whole team at LBB has been busy getting educated. Last week Paul Cooper headed to Craften Amsterdam (you can read about his adventures here) to meet the local industry.

Meanwhile, Matt headed to Dusseldorf to attend the Directors Lounge event, and came back enthusing about all things deutsch. And while Berlin still seems to be getting all the attention for its creativity and general scenester-ness, it looks like Dusseldorf is a bit of a hidden gem. It’s the centre of Germany’s advertising industry, with 400 agencies basing themselves there and Matt was pretty blown over by the reception he received. More to follow, I suspect.

On Wednesday the whole team (aside from editor Gabby Lott who is currently sharing the LBB love in Singapore) abandoned the office to head into Soho for the second LBB Academy. With help from Great Guns, Framestore, Getty Images, Eclectic Music and Whitehouse we walked through the entire production process with a team of 16 Unilever brand managers. The aim was to give those working on the ‘client’ side of advertising a clearer idea of where exactly their budget goes when they commission a commercial. What’s more, the assembled speakers were also on hand to give them ideas, insight and raise the importance of collaboration at different stages in the process. 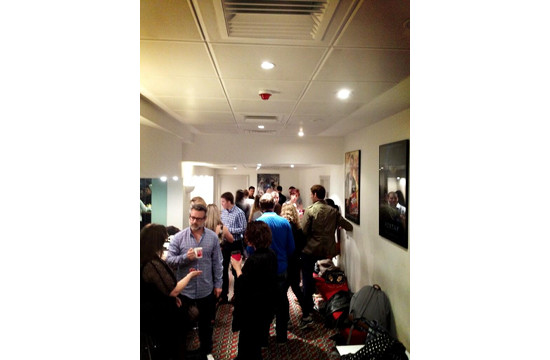 Chatting to the Unilever group afterwards in the Framestore café it seemed they certainly learned a lot – on both a professional and personal level. But they weren’t the only ones to gain new knowledge. Having covered production and post for years, I’d already been walked through the various stages several times. But even so, with every new producer or editor or director or whoever you come across, there’s always something that makes you see things differently. For me though, one of the most surprising aspects of the day was listening to the questions raised by the attending marketeers. Traditionally they’re a group kept at arms-length from the nitty-gritty of production and their combination of natural curiosity and frank brand-mindedness was fascinating to watch. Not only were they learning the vocabulary of Nukes, Smokes and Flames but also gaining the confidence to communicate and collaborate directly with those on the production and post side of things.

Maybe it’s an obsession with learning new things, a neuroticism about gaps in my own knowledge or an inability to focus on one subject for any great length without being distracted – but I love weeks like this. Not only because of the new things that have filtered into my own brain but being able to share that experience with other people.