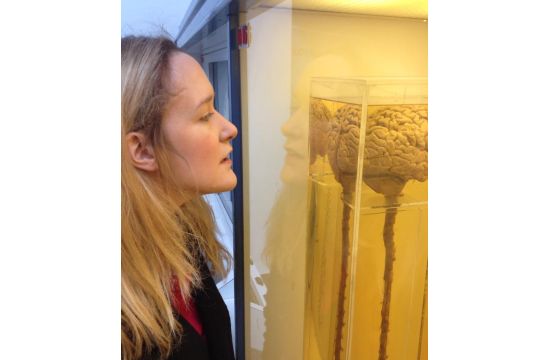 At what point does audacity become arrogance? Or interruption become irritant? When it comes to attention-grabbing stunts designed to gobble up free column space, airtime and pixels, ad agencies and brands have to walk a fine – but wobbly – line.

This week a couple of brands seem to have found that wobbly line a bit tricky to navigate.

The big story for football-loving ad-watchers has, of course, been the saga of the Paddy Power rainbow laces. CP+B London and bookmaker Paddy Power, together with gay rights charity Stonewall, devised the plan to send rainbow coloured boot laces to football players in the 134 professional clubs in the UK. It was hoped that the players would wear the laces as a gesture of solidarity against homophobia in football as they took to the fields to play their televised matches – in the UK there are currently no openly gay players in the professional game.

So it was a quirky, cheeky and kind of clever piece of guerrilla marketing. And during the first half of the week the media loved it. National newspapers ran with it and the story was everywhere. When we saw it we thought (and still think) ‘cool’. It’s a simple and light-hearted way to bring a bit of attention to a serious issue.

But by the weekend, the clouds had gathered. Nearly half of the Premiership Clubs refused to let their players wear the laces and only one – Everton, who are sponsored by Paddy Power – expressly encouraged players to wear them. Some clubs cited prior sponsorship deals with other bookies, while others were unhappy about the lack of prior notice and consultation, a sentiment echoed by a Premier league statement. Then there was the question of the brand’s involvement itself – Paddy Power has prior form winding up the LGBT community (their Cheltenham Ladies day ad inviting viewers to spot transgender women was banned).  The slogan ‘Right Behind Gay Footballers’ didn’t go down too well in some quarters either – was it a self-aware double-entendre designed to use humour against homophobia or a symptom of the very thing the campaign claimed to be tackling?

Paddy Power bounced back in typically irreverent style with cheeky tweets and a  blog full of snaps from footballers who had taken part in the campaign.

So from an advertising perspective has ‘Rainbow Laces’ been a success? Has it revealed a certain PR naivety or Machiavellian genius? Insofar as it’s been bold and has avoided getting bogged down in lengthy, contractual negotiations with clubs and the Premier League, it’s definitely been on-brand. The devilish act-first-sort-it-out-in-court-later persona that Paddy Power has cultivated over the past few years has been crucial to its success. And if they’ve inflamed the ire of certain groups in the past, maybe this marks a turning point as the brand uses its pop-culture savvy for good (yes, yes, I know, who’s being naïve now?).

In any case, if everything had gone through the correct channels, I wonder if the Rainbow Laces would have become nearly as big a story as it has? News reporting 101: if it bleeds, it leads. A nice, jolly party in which everyone wears pretty shoe laces and plays nicely doesn’t have nearly as much longevity as a messy, drawn out spat. The fact is the campaign has provided a platform for debate around homophobia in football – even, I would argue, the conversation around whether the campaign itself might be considered homophobic in its language is valuable. It’s something a bit meatier for football fans to discuss down the pub and might even encourage some to think about their own ‘banter’. There's a great article on the BBC by Wycombe Wanderers midfielder Matt Bloomfield that is a nuanced take on the whole affair - he opted to back the campaign despite finding the copy inappropriate and has often found his sexuality questioned by fans because of his vocal support of gay rights.

On the other hand I can’t help feeling that there’s something exploitative about the whole thing and my inner tinfoil hat wearer if the lack of prior consultation was a genuine oversight or something more cynical. Like I said, it’s a wobbly line.

Another brand that’s found unexpected difficulties with a publicity stunt is Guinness. Arthur’s Day – an event to celebrate the Guinness founder – was launched in 2009. However, writing in the Guardian, one journalist hnoted a 30 per cent rise in ambulance call outs in Dublin on the night and reports that the Irish minister responsible for alcohol and drugs policy has savaged the party as a ‘pseudo-national holiday’. In this case, the grandmotherly lesson is ‘be careful what you wish for’. How many agencies would love to see one of their ‘movements’ take hold of the public’s imagination as Arthur’s Day has? But it is easy to confuse the fact that some people will use any excuse for a piss-up for social legitimacy.

It’s not about fearfulness or caution or keeping safe. You just better be sure, when the line wobbles a bit too vigorously, that your brand is strong enough to bounce back.

The problem, I suspect, comes from the advertising world’s slightly warped relationship with the media and the general public. But who knows? Despite days of ruminating I still don’t know what I think. What’s your take on Rainbow Laces? Let us know via Twitter @LBBonline.