When it comes to the neuro bandwagon, don’t be blinded by science 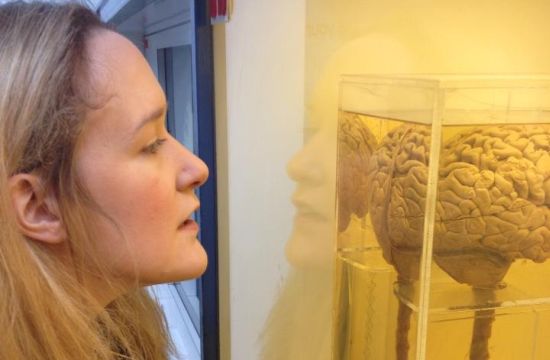 Psychology, neuroscience, behavioural economics - whatever you want to call it, the advertising industry has always had a sustained fascination with our little grey cells. And thanks to the help of non-psychologists like Malcom Gladwell and Rory Sutherland popularising all things brain, festivals on the hunt for cutting edge content and every ECD looking for something interesting to opine about in thought leadership pieces, there’s a greater interest than ever before. And that’s great. As a psychology graduate, the volume of discussion and debate feels exciting. But why is so much of that ‘debate’ little more than facile nonsense? And why do a sizeable chunk of self-proclaimed industry experts have less knowledge than a first year student?

There are people who are doing a brilliant job. I could listen to the aforementioned Mr Sutherland for hours and I’ve got a lot of time for Draftfcb’s Institute of Decision Making. They’re not just using the sciences of the mind to help strategists – they’re trying to educate every part of the business from HR to finance too. But it’s also become a bandwagon. People with no knowledge of the most basic principles or understanding of the subtleties of science are able to brand themselves as the go-to B.E. guy in an agency. Ultimately it leaves those who do want to learn and apply psychology lumbered with misinformation and bad science. Thankfully there are some give-away signs to help sort out the neuro-gold from the neuro-garbage.

The Myth of Left Brain/Right Brain

“We’re that magic blend of left brain/right brain thinking.” If a company you’re considering working with has anything like this anywhere on their website, walk away now. It signifies two things: 1) they want to give the impression of understanding brain stuff and 2) they don’t understand brain stuff.

The myth that the right brain dominates personalities which are creative and spontaneous and that the left drives personalities who are logical and numerate has persevered since bleeding into pop psychology books and management schools in the 1970s and 1980s. Even today I know of agencies who have welcomed in speakers who have set themselves up as experts and who happily regurgitate the myth as fact.

In the interests of clarity and rooting out charlatans, here’s the science. The left and right hemispheres of most peoples’ cerebrum are, indeed, different. In most people, you find the areas for processing and producing grammar and written and spoken language on the left, and on the right you tend to find areas that process space, visual imagery, tone and context of language. This was demonstrated in a series of dramatic operations in the 1960s in which the bridge between the hemispheres was severed. Each half began to operate separately. The left brain, with a monopoly on grammar, was able to speak but unable to recognise images, the right brain was mute and rebellious. These astounding findings became exaggerated and misinterpreted and reduced to the idea that left-brained people were logical and right-brainers were creative.

The issue of the left and right hemispheres is so complicated and the myths so irritating to lecturers that no one with as much as an introductory class in psychology under their belt would slap that on their website.

What kind of kisser are you? And which soap hunk would be your perfect boyfriend? Just like the generations that came before me and those still to come, I spent a considerable chunk of my adolescence trying to figure out if my answers were mostly As, Bs or Cs. The quizzes of Sugar, Just 17 and Bliss were a mainstay of our high school form class. And, it seems, they’re still a mainstay of big business.

The Myers Briggs Type Indicator claims to divide us into 16 rigid personality ‘types’ and has been popular ever since its inception. Due to its flaky validity (the measure by which you test if a questionnaire is asking the right questions and is showing what it claims to show), the fact it doesn’t deal well with the fuzzy middle ground and its dubious underpinnings (it was inspired by the works of Carl Jung – a great thinker, interesting mystic but not a rigorous experimenter), you won’t find this quiz anywhere near contemporary clinical or research psychology.

And yet. And yet HR departments in giant brands and major agencies still use this as a recruitment tool. And yet bloggers and consultants are still advocating that strategists use it to target audiences. And yet I know of one agency strategy department boss who happened upon the quiz and insisted his whole team fill it out. Why not just flip to the newspaper astrology column and base your strategy on that?

That’s not to say that personality and psychometrics aren’t incisive ways of narrowing down on audiences. The 5 Factor approach is currently popular among academics. Rather than divide people into types, it measures separate scores of five well-researched traits (Conscientiousness, Agreeableness, Neuroticism, Openness to Experience, Extraversion). We are all special little rainbows of personality, after all. In the spirit of the magazines of our youth, if you do fancy giving it a go, there’s a free version here.

Maybe it was all the cocaine or maybe it was his single-minded fixation with sex or maybe it was his fairly frosty relationship with objectivity, but whatever the reason, Freud is not cool right now. In fact, having a dig at Sigmund is a bit of an easy win if you want to beef up your psych credentials. But in terms of incisive thought, it’s about as original as wishing Monopoly money were real or hating the overuse of the word ‘literally’.

I also suspect that it can signify someone who hasn’t spent a great deal of time actually reading up on Freud and the early psychology pioneers. For all his faults – and there are many – he sowed the seed for ideas which are now taken for granted. The problem Freud faced was that 18th and early 19th century technology wasn’t really up to measuring or testing any of his theories. Yes, he was sexist and a lot of his ideas are pretty abhorrent today, but whenever I see conference speakers taking a cheap dig, it sets off my skept-o-dar.

Back in the 1970s, behavioural science was split between those who argued that we were the products of our genes and those who thought that we were moulded by society. Did Barbie dolls and stereotypes make girls ‘girly’, or was it all in the biology?

Things have turned out to be a lot more complicated – but then things have a tendency to do that. The discovery of biological phenomenon like epigenetics (markers which amplify or mute certain genetic traits) and neuroplasticity (the way the brain changes and learns) have shown that our genes and environmental pressures interact with each other in unexpected ways. The idea that you have to side with one camp or the other belongs back in the primordial soup. The simplistic either-or scenario is the hallmark of a psychobabbler.