On not being practically perfect in every way 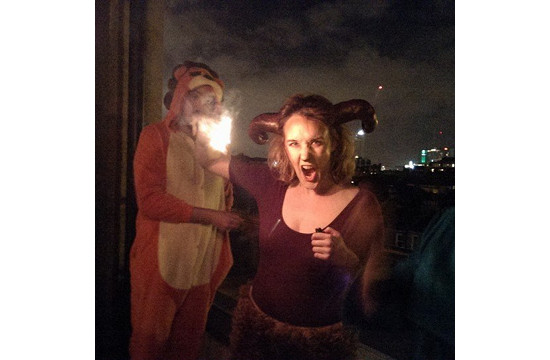 2014 is only three weeks old and already it seems that people are starting to flag. Dry Januaries have become distinctly wet. The snooze button is mounting a stealthy comeback against the newly installed morning exercise routine. Magnum opuses are struggling to break free of a few scrawled pages in an otherwise pristine notebook. Life doesn’t come with an 80s montage option, unfortunately, and resolve – so research psychologists tell us – is a finite resource. But this week the team at LBB are enjoying the fruits of months of hard slog and bloody mindedness as we’ve gone live with the beta version of our new site.

This time last year, the filterable, smart and slick looking site was little more than a sheaf of wireframes and some great ideas. It might have been easier to retreat into hibernation mode and doze on doing the same old thing. I’m sure every member of the team, from developer to editorial, has at some point experienced a crisis of faith. It’s thanks to the irrepressible enthusiasm and terrier-like tenacity of LBB founder Matt Cooper that we’ve been geed up and chivvied along to bring the new site to life. It’s been Matt’s unwavering faith in his vision that has kept us all on track – I think there might be some serious cash to be made in hiring him out as a motivational coach for all those losing a grip on their New Years’ resolutions.

The site is now live, but of course, as is the nature of the beast, there are still a few bugs to be exterminated. Rather than spend another eternity tinkering around the edges, overthinking things, we wanted to get the new LBB online as soon as we could so that our users (that’s you lovely people) can get a more tangible idea of where we’re going. We’ll be updating and refining in the coming weeks, so please bear with us.

So many creative projects are killed off by a perfect brainstorm of neuroticism, perfectionism and fear – I should know I’ve got drawer-fuls of abandoned, barely started notebooks at home. I’d always thought that the most successful artists and creatives and innovators are the ones with a blissful lack of self-awareness. However the interviews I’ve done with the likes of Mark Denton have revealed that the key to getting things done isn’t getting rid of your inner Woody Allen, it’s learning how to plough on despite him.

This weekend I was lucky enough to head along to TedXEastEnd in London’s Bethnal Green. The impressive speakers who took to the stage included Everyday Sexism’s Laura Bates (whose website has recorded over 50,000 personal reports of sexual harassment and forced the issue into the mainstream) and Citizen Inventor founder Stephanie Pau (whose organisation has helped science-curious people get involved with NASA) and one-woman game design studio Mitu Khandaker. They were neither raging narcissists nor practically perfect in every way. They were simply prepared to put themselves out there and make things happen instead of hiding away trying to achieve perfection.

And it’s that shirt-sleeves-rolled-up attitude that I think, I hope, that we’ve embodied with our new site. I also hope, in a small way, our effort might serve as a little motivational boost if your January diet is starting to contain more cakes than a Mary Berry cookbook. After all, if our team of reprobates can produce a new site then you, my dear, can do anything.