Looking back on recent feminism debate 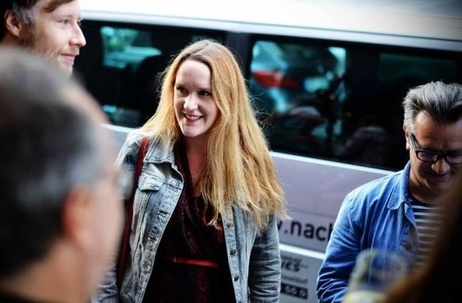 Movements. They’re everywhere in advertising, or at least in adspeak. Who wants a boring old campaign if you can have a movement? If you forget your pinch of salt before sitting down to a feast of case study videos, you’d be forgiven for thinking that Mary Wollstonecraft and Rosa Parks were currently CCOs at WPP and Publicis Omnicom.  Yoghurts, soft drinks, three-door hatchbacks – there’s not a product around that can’t be the driver for profound social and political change. So what happens when the industry gets its paws on a genuine, bonafide movement?

It was with a touch of scepticism that I trotted along to Mother London’s Shoreditch HQ for a debate hosted by Elle magazine called ‘Does Feminism Need Rebranding?’.  I had pictured it as some kind of Ab Fab meets Nathan Barley mash-up and was fully prepared to eat my fist in a fit of cringe. At a time when six out of seven women don’t call themselves a feminist, the movement can seem alienating, an exclusive club dominated by the political and media elite. I wasn’t convinced that getting ad agencies involved and tossing around words like ‘rebranding’ would do much to challenge that perception. I’m all in favour of Sheryl Sandberg and ‘leaning in’, but at a time when women are being disproportionately affected by global recession and government cutbacks it can feel a bit like peeing in the wind. Which is weird, because we sort of lack the necessary appendages.

My cynicism, however, was on shaky ground when I arrived to a large queue trickling down Redchurch Street. Inside Mother’s cavernous reception it was standing room only. There was clearly an appetite for the debate on offer.

The question of rebranding was dismissed by most of the panellists – no one was in favour of ‘dumbing feminism down, making it more girly, making it softer’ as Tandoh put it. However there was a consensus that many, especially young women, feel alienated by it, either locked out of the debate or simply put off altogether. (My favourite exchange of the night was when Candy suggested that women needed to be ‘given voices’, to which Larasi snapped back ‘we’ve already got voices, we’re just not heard’.)

Surprisingly – although, come to think of it perhaps not – it was adlander Laura Jordan Bambach who was most resolute in her insistence that the last thing that feminism needs is a branding exercise.

“The problem with rebranding is that it pre-supposes that there’s just one version of feminism…. It presents it as something that needs fixing,” she said.

The panellists discussed their views against a backdrop of posters created by Mother, Wieden + Kennedy and Brave. One in particular caught my eye. Wieden + Kennedy’s effort ‘Sod the Stereotypes’ listed the tired clichés from ‘whore’ to ‘fifties housewife’ that women often find themselves cramming themselves into or straining to escape. It was heartening to see such a message on the walls of an ad agency – after all the industry as a whole is responsible for pumping out a fair old whack of the female stereotypes that pollute the media landscape.  It made me wonder if advertising publications – ourselves included – are making an effort to cover and promote women within the industry, we still might not be doing much to talk about how women are portrayed in the work that’s produced. What’s more, when it comes to social movements, I wonder if the ad industry might have more of an impact if we all thought a bit more critically about the influence and unintended messages of our work rather than creating ‘movements’, or co-opting them for brands?

So for an evening that I had approached with my scepticism dialled up to 11, I came away with a lot to think about. In the mainstream media there has been a lot of criticism for the ‘Rebranding feminism’ project, but in the end it got a room full of people asking questions and thinking about a word which has fallen out of fashion in recent years. And that’s got to be a good thing, right?