Why Apple is looking back to the future 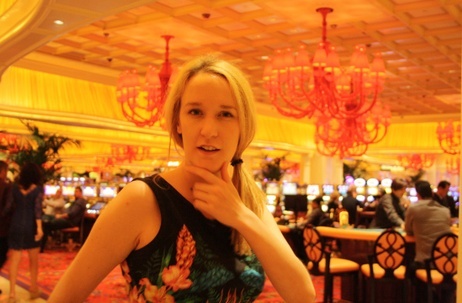 Retro-futurism – it’s one of my (many) geeky little obsessions. You can tell a lot about an era, a person or a brand by its vision of the future. From the brassy clockwork of H.G. Wells to the kitschy housewifery of the Jetsons, the Apollo 11-inspired fonts of the late 1960s and early ‘70s and even the boxy grey and red of 1980s Nintendo, there’s plenty to delight and inform. That’s why I’ve found myself distinctly underwhelmed by the recent Apple iPhone launch. It looks back, not forward.

The first iPod in 2001 was an event. A simple interface that re-invented the wheel for a fresh new millenniumand  created a vision of the future that we could really get behind. On December 31st, 1999, the bug that the media had feared failed to materialise and January 1st was a step into the wide, white expanse of tomorrow. Apple was the brand that materialised this archetypal, millennial vision of the future and, deservedly, owned the first decade.

Even a couple of years earlier in 1998, the jellybean neons of the original iMac evoked cartoon spaceships. The future was close, but not too close to take seriously.

So for a brand that’s always been prone to future-casting, in recent years I’ve been left wondering, where’s the vision? So the iPad is a bit mini-er? The iPhone a bit more plasticky? Quick! To the TARDIS!

While Apple admirably attempts to re-stage the ‘exciting’ reveals of yester-year and portions of the media dutifully bestow breathless column inches upon the iPhone 5s and 5c, they’re no longer the main event. Even the most devoted of Mac-Head has to admit that the latest launch has been overshadowed by more exciting tech news stories.

Samsung has been keeping up its relentless campaign to antagonise Apple at every turn with a sneaky peek at its Galaxy Gear cyber watch. Yes, there’s more than a hint of Johnny Quest about it and the short battery life seems a bit impractical for a watch, but hey, it’s not another smartphone.

Then there’s this obscure little video game you probably haven’t heard of that has the kids all riled up. Who am I kidding? The release of Grand Theft Auto V has been one of the biggest scale game releases ever. With a budget of $265m (£170m), the game cost more to produce than most Hollywood blockbusters and it’s projected to rake in $1bn by the end of the month. In-game selfies, desert meth cooks that channel Breaking Bad’s Heisenberg and trash TV parodies, GTA V is achingly ‘2013’. However with the blend of sandbox and MMO gaming with a complex three person narrative it also hints at a future in which the primary entertainment form maybe something that transcends video game and film altogether.

Google, with its famous ‘moonshoots’, has also been giving us a glimpse into tomorrow. Glass, the driverless car project and Sergey Brin’s decision to fund the world’s first lab-grown burger reveal a brand that is trying to realistically predict and contribute to the world of tomorrow. Until now, ‘futuristic’ technology in our everyday lives, from JVC’s space helmet inspired Videosphere TV to the iPad Mini, has been about covetable design and communication. It’s been about things. Google’s vision is so much more ambitious – they’re tackling food security.

This week I’ve been reading about Google’s plans to create real time translation and interpreting tools. Now, as a modern languages graduate, I have some inevitable concerns. I’m not hugely keen on the idea of seeing four years’ of hard slog rendered irrelevant at the flick of a switch. And having studied the neurological benefits of bilingualism, I do have a few concerns about a human race that stops bothering to learn new tongues. Having said that, I’ve also been stuck abroad with little more than ‘gelatino, per favore’ and a lexicon of frantic mime actions to get me by, so I can appreciate the upside too.

The project presents a future in which the world has grown yet smaller and cross-cultural exchange is even faster and more frequent on every level. It’s complicated, loud and a bit messy – a bit like a noisy marketplace. Indeed if Apple’s vision represented the unsullied optimism of the millennium’s dawn, then maybe the Google template is a bit more realistic. We’ve had a good 13 years to scribble all over the pristine blank pages of the new millennium – there have been wars, terrorist attacks, financial meltdown and the birth of scripted reality TV shows.

So what will coming generations think when they look back at the noughties and 2010s for a taste of retro-futurism? What will our vision of tomorrow say about us? And what brands, aesthetics and cultural entities will they choose to represent that vision?