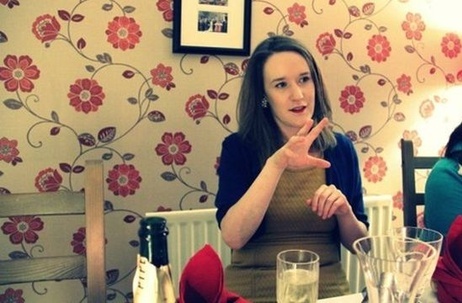 So that’s 2013 done and dusted then – well nearly. And either we’re getting better at hunting out news or this is the busiest December ever. The industry has started to pick up again after a few difficult few years and despite Martin Sorrell’s prediction that 2014 will be ‘tough but manageable’, I’m feeling incredibly optimistic and even (despite the mulled wine and mince pies weighing me down) enthused about the next twelve months. It’s not just an industry up-turn that’s getting me unseasonably energised – in January Little Black Book enters a new phase and I just can’t wait to get started.

As you probably read last week, Gabrielle Lott has stepped down as editor at LBBonline – and that means I’ll be stepping up to captain the good ship LBB. Living up to the trail blazed by a larger-than-life personality like Gabby is definitely going to be a challenge but I’ll have my trusty deputy Mr Addison Capper by my side to help me carry on her good work. I want to build on what’s gone before us. Thanks to the concerted efforts of the team over the last couple of years we have become, I believe, the most comprehensive and global and democratic creative industries publication – not to mention the most accessible. Next year I want to continue to realise the vision of LBB as the voice of the industry by investigating and covering the issues that matter to you.

However, as my parents, teachers and general acquaintances never tire of telling me, it’s not all about me. By far the biggest change for the team in the New Year is that we’ll be donning blue face paint and kilts and going all Braveheart. After two years with Adstream, Little Black Book’s founder Matt Cooper has brought back the business and the team will be returning to the heart of London’s Soho as a collectively-run advertising industry kibbutz. It’s going to be sad parting ways with the people we’ve grown to know at Adstream but it means that we’ve got the opportunity to create the nimble, entrepreneurial and independent brand that LBB deserves to be.

If that wasn’t enough we’ve also got the teensy tiny matter of a brand spanking new website. It’s been gestating for months and it’s finally crowning – early next year our souped-up, super-searchable baby will be introduced to the world.

Of course, with all that change to look forward to, there is a danger of becoming so wrapped up that you neglect the exciting things happening around you. With the Sochi Olympics and World Cup and the saplings of global financial recovery, 2014 looks set to be a year of both hard work and hope for brands, agencies, production companies and post houses. In the spirit of hope and keeping in touch with the real world, we’ve been busy working with interesting people dotted around the industry to put together a 2014 Wishlist. Stay tuned to LBB over Christmas and New Year as some of the leading lights of the ad industry share their hopes and fears for the industry in 2014. Find out what trends they want to see take flight and what issues they feel need to be addressed. The sheer variety of ideas we’ve seen flood into the office is enough to get you excited and inspired.

In the meantime, take care, have a great Christmas or anti-Christmas and a fabulous New Year. See you all in January!