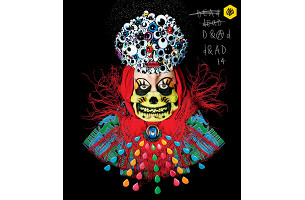 D&AD President Laura Jordan-Bambach has chosen to showcase a variety of global talent by selecting five different international designers to collaborate on the D&AD Annual 2014, which this year will be unveiled during London Design Festival on 16 September.

Produced in partnership with Hogarth, the D&AD Annual is the definitive guide to the very best in advertising and design, featuring all the awarded work from the 2014 D&AD Professional Awards. 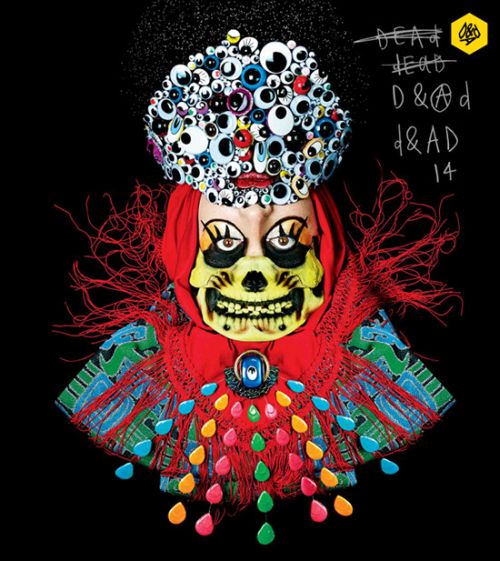 Each year, the incumbent D&AD President has the responsibility of selecting a designer to contribute to the creative direction of the Annual. The 52nd edition is set to be one of the most ambitious yet, with independent designers and studios from Australia, Brazil, India, Japan and Vietnam working in collaboration from around the globe:

- Designing the cover is Técha Noble and Emma Price from Australian performance art quartet The Kingpins. Originally emerging from Sydney’s drag scene, The Kingpins are infamous for rich, satirical commentaries delivered through humorous pastiches of mainstream culture. The group’s performances, videos, installations, clothing and paintings have earned them a reputation as one of the most exciting and subversive collectives in Australian art.

- Brazilian star book designer Elaine Ramos is the second contributor. Working at Brazil's largest art and design publishing house Cosac Naify, Elaine is best known for designing Linha do tempo do design gráfico no Brasil. Loosely translated as ‘A Timeline of Graphic Design in Brazil’, it is considered the most comprehensive history of Brazilian graphic design ever created, chronicling two centuries of print, production and visual culture.

- Representing India is Codesign, the collaborative design practice that scooped the best-in-show Black Elephant award at the inaugural Kyoorius Design Awards. Winning entry Dekho, an anthology of inspirational conversations with Indian designers, has already been hailed as one of the most important design projects in Indian history.

- Digital design collective Rhizomatiks will provide a Japanese creative perspective. Known for an ability to blend the physical and the virtual to create vast, immersive experiences, Rhizomatiks has won countless accolades for its digital creations for brands including Nike, Intel and Universal Music. Its recent “Sound of Honda – Ayrton Senna 1989” project in collaboration with Dentsu Tokyo picked up a Black Pencil in the Sound Design & Use of Music for Digital Marketing category at this year’s D&AD Professional Awards.

Laura Jordan-Bambach, D&AD President, commented, “In my year as D&AD President, I’ve spent a lot of time exploring design communities and cultures all around the globe. I’ve not only unearthed so much incredible work, but I’ve learned about what design truly means in these places. Therefore, for my Annual, I knew it would be a wonderful platform to showcase a new wave of emerging design, which shakes off the shackles of the white, middle-class, western, male perspective, traditional in our industry.

“Bringing together five very different and distinctive artists, whilst creating a cohesive editorial design is a huge challenge, but I’m incredibly excited to see the final product.”

Published directly by D&AD with a limited run of 3,000 copies, the D&AD Annual 2014 is available exclusively to pre-order now from the D&AD Shop. The D&AD Annual 2014 will be officially launched during this year’s London Design Festival on 16 September.

The full list of work that will appear in the D&AD Annual 2014 can be found online at http://www.dandad.org/en/professional-awards/

Retouching, colour management, general reprographics and production for the D&AD Annual 2014 was provided by Hogarth Worldwide.