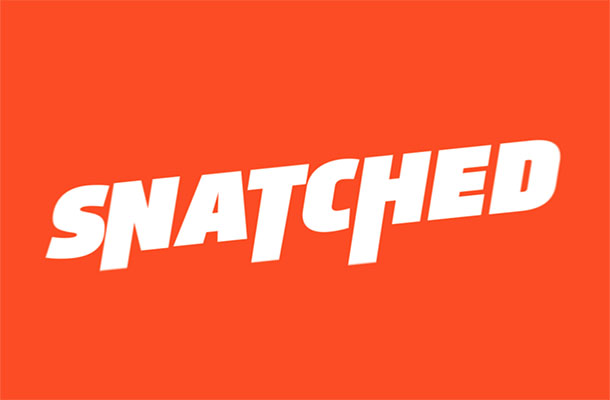 Animation & design studio Laundry recently collaborated with “Snatched” director Jonathan Levine (“50/50”, “The Wackness”) on the opening and main-on-end credits for the mother-daughter caper comedy starring Amy Schumer and Goldie Hawn. The 20th Century Fox film, which is now playing in theaters nationwide, ranked #2 at the box office during its opening weekend.

Laundry, led by Partner/Creative Director Anthony Liu and Executive Producer Dan Masciarelli, worked closely with Levine to create title cards to coincide with the opening scenes of the film. Here, they chose bright tropical colours and classy gold type to establish the feeling of an epic vacation.

For the main-on-end titles, Liu developed a type-driven animated sequence interspersed with speed-ramp footage of Schumer and Hawn engaging in a fun dance number. The graphics roll out in rapid succession on a palette of orange, black and white -- a subtle stylistic nod to Saul Bass -- and are accented by line extrusions that suck into each credited name.

In addition, Laundry created VFX for two in-film sequences: a hilarious online chat exchange in which the movie's premise is revealed: Emily (Schumer) guilt-trips her mom, Linda (Hawn), into taking the place of the boyfriend -- who just dumped her -- on an exotic getaway to Ecuador after none of her friends can go. Here, the challenge for Laundry was establishing a clear dynamic between the two characters, and how they relate to each other.

“The comedic value derived from this scene is maintained and accentuated through the graphics,” says Liu. “Social media is such a prolific means of communication today, but messages can often be misunderstood -- such as the case between these two characters. Jonathan wanted something that looked modern yet different from other platforms. It was essential to find the perfect balance between being visually appealing and contextually informative.”

The other in-film sequence by Laundry is an ode to classic “Indiana Jones” adventure films with a throwback map superimposed over live-action footage to show Emily and Linda's long journey in Ecuador.

"Snatched" marks Laundry’s second collaboration with Levine since working on his 2015 feature-length Christmas comedy “The Night Before,” starring Seth Rogen and Joseph Gordon-Levitt.

“Jonathan is a smart and intuitive director who values the collaborative process,” concludes Liu. “He often calls upon us early in post to begin concepting because he’s very aware that design can contribute and accentuate multiple areas of a film to maximise the payoff for an audience.”