Launching a New Brand During the Worst Time Ever? Wine-Not

HUN wine launches a marketing campaign with TBWA\London at the worst possible time EVER, running across out-of-home sites where no one will see them 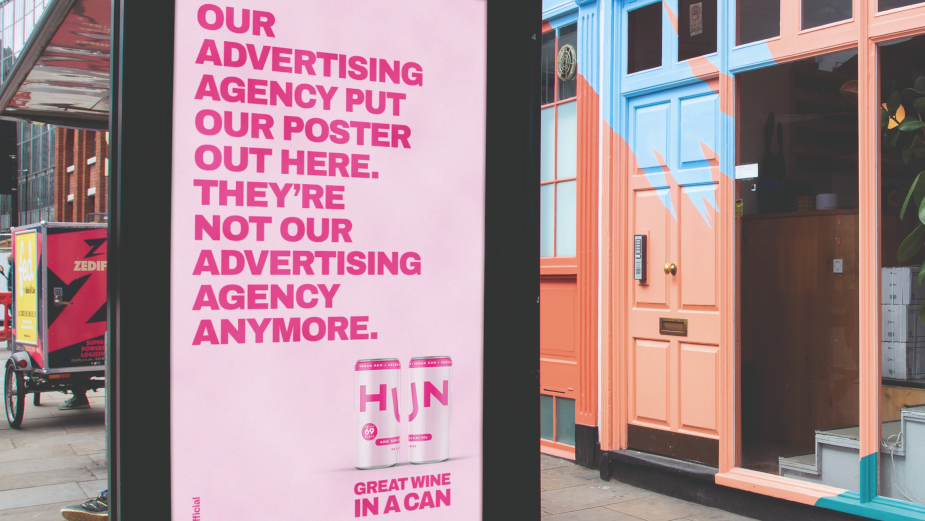 TBWA\London has created a new campaign that no one will see, to launch a new drinks brand that no one has ever heard of.

HUN wine is 'great wine in a can'. And it’s launching at the worst possible time. Ever. Or so you might think.

The agency’s chief creative officer Andy Jex is staunchly defending its idea for investing in out-of-home media when everyone is, well, at home.

He said: "Even at the best of times launching a new product is tough. But launching a sociable wine brand in the midst of a global lockdown, when no one's allowed out, could just be the worst timing ever...or is it?".

The campaign was devised and media was bought after the country had gone into lockdown. The out-of-home work includes copy lines such as: “Look everybody! We’ve just launched a new wine. Anybody? Anybody? Anybody?”.

To support these executions there will be social media activity poking fun of the fact that the brand is launching at the worst time ever.

What kind of brand would have the bottle to launch at such an unsociable time? HUN wine would.