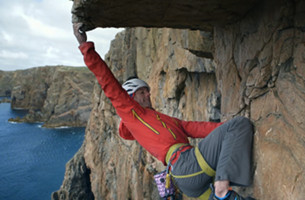 As part of the campaign for the new Land Rover Discovery, RKCR/Y&R worked with Oscar winning director Kevin MacDonald from Rogue and Big Buoy to develop a series of inspirational short films along the theme of "I can, and I will". Each vignette tells a story of the triumph of human spirit and defiance in the face of adversity, and features real characters as diverse as a recovering amputee, a surfing pensioner, a daredevil, and more.

Big Buoy developed the look for each of the seven background stories, which were all treated independently for colour grading and beauty VFX, as well as delivering the 60’’ and 30’’ montage edits for TV and Cinema.