Longtime Avenue Edit talent is hailed for his sensitivity to the script, as seen in work on brands like Hallmark, Disney and McDonald’s 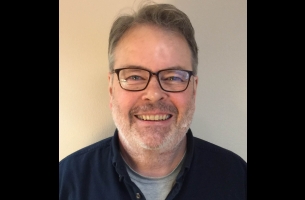 Former Leo Burnett Creative Director David Linne may have put it best: “I’ve shot more work with Joe Pytka than any other director, and edited more spots with Terry Kaney than any other editor. He’s that good.”

A longtime talent at Avenue Edit in Chicago whose 1993 “Showdown” spot for McDonald’s paired basketball greats Larry Bird and Michael Jordan in a shootout for a Big Mac, Editor Terry Kaney is to be inducted into the AICE Hall of Fame at the 2016 AICE Awards presentation on May 12 in Chicago.  That Leo Burnett spot, which popularized the saying ‘nothing but net,’ was directed by Joe Pytka and went on to be named the best Super Bowl commercial of the game’s first 25 years by the USA Today Ad Meter.

“Terry Kaney helped put Chicago advertising on the map and defined our style of earnest, heartfelt work that tugged at your emotions,” says Chicago Chapter President Tom Duff of Optimus. “As an editor he upheld the finest traditions of caring for your craft, and passed those lessons on to the assistants, producers and editors who worked with him. For those reasons and many others we proudly welcome him to our Hall of Fame.”

A native of Forreston, a small farming town in northwestern Illinois, Kaney got his start at Editors Choice in Chicago, where he spent several years as an assistant before joining Avenue Edit in 1985. During his time there the company grew from a small boutique with five employees to a multi-office shop with 70 people on staff. He retired from editing in 2005.

It was at Avenue Edit that Kaney built a reputation for being a master storyteller with an innate feel for dialogue and performance. Pytka recalls that when they worked together on early Hallmark spots: “We were aiming for a movie-like feeling. If anything, they were anti-commercials. And Terry had a great feel for that kind of editing. He understood the material intuitively, and I was always confident when working with him. Everything we sent him, he made it better.” He and Kaney would collaborate not just on Hallmark and McDonald’s spots, but on notable ads for Disney and others brands as well.

As a writer and CD at Leo Burnett for many years, Linne cut more spots with Kaney than he can remember. “A lot of the work I’ve done has been built around storytelling and dialogue, and Terry had a great ear for that,” he says. “He also had great instincts. Sometimes you didn’t even have to come in to look at dailies with him. We’d say, ‘We’ll come in when you have a cut.’ You trusted him. And of course, he always had great wine recommendations.”

Linne isn’t the only Chicago CD to put his trust in Kaney. “Terry had a great sensitivity to whatever story we were trying to tell,” recalls Bob Shallcross, Chief Creative Officer at Moroch in Dallas, who worked with him during his years at Burnett and considers him a close friend. “He always took the time to understand just what we were trying to accomplish. We’d sit and go over the dailies, then I’d get out of the way and let him do what he does. He’s got a great sense of timing and pacing and a great ability as a storyteller. And on top of that he’s a good man.”

About his being inducted into the Hall of Fame, Shallcross says he’s clearly deserving: “When you worked with him, it was never about Terry,” he explains. “It was always about, how do I get the emotion I’m trying to achieve at this point in time? How do I get the story from point A to point B? He truly understands the craft of editing, and he also understood when to get out of the way and let the footage tell the story.”

Mary Caddy, EP and Partner at The Colonie in Chicago, was Kaney’s EP at Avenue Edit for 14 years and remembers well his talent for creating strongly emotional spots. “Terry was always able to find those special moments, make them work within the cut and help take the creative direction to a new level,” she recalls. “His sensitivity, mastery of his craft and ability to take a piece of film and have the viewer touched in some way separated him from other editors. Working with him was quite an honor. For me, it’s a cherished memory.”

Editor Tim Vece, owner of Outback Editorial in Atlanta, spent three years working as Kaney’s assistant at the start of his career and says the experience had a profound impact on him. “I wouldn’t be in this business for 25 years if it weren’t for those three years I spent working with Terry,” he states. The two developed a close personal and professional relationship that continues to this day, Vece says, and that helped him immeasurably when he first began to edit on his own.

He recalls Kaney as a quiet, steady presence who taught the fundamentals of editing in his own unique way. “We called him the Gentle Giant,” Vece explains. “He was a true craftsman, a calm, focused guy who made sure everything was under control. Terry exuded this sense of confidence, and clients knew that no matter how crazy things got, he’d get them something better than they expected.”

Today Kaney spends his time involved in retail wine sales, pursuing fulltime his lifelong love for the fruit of the vine. He’s currently working with a winemaker in Oregon, helping him develop several varietals. While at Avenue Edit he racked up many significant achievements: his spots won a total of seven Cannes Lions, as well as five Clios for editing. He also oversaw the company’s transition from film editing to file-based editing, and was one of the first editors in Chicago to cut on an Avid.

A graduate of Northern Illinois University, where he studied history, he found his career in post production by happenstance. While visiting his older brother one summer in Chicago, he got a chance to observe what he did all day as an ad agency producer. “I went to work with him, and fell in love with what he was doing,” Kaney recalls. “It seemed a lot more creative than history, so I switched my major to Film and TV.”

What attracted him to editing? “I saw all sides of the business during that time I spent with my brother, and editing seemed the most intriguing to me,” he says. “It felt more creative, and gave you the feeling of being more in control of your own career.”

He adds that he was fortunate to come into the business when he did, during a period he calls “the golden age of Chicago creative,” as well as the time when editors had to be steeped in the mechanics of film, before the advent of non-linear, file based workflows. “That really changed the role of the editor,” he explains. A thorough knowledge of film processes was required, “so that you’d know what you were going to get before you committed to the optical stage. Now, with all the options you have and the ability to do things over and over again working with tools like the Avid, it’s become much more reactionary. Editors today are doing a lot more handholding, I think, than they used to.”

On learning that he was being inducted into the Hall of Fame, Kaney says he’s “very excited, and it’s very rewarding. It’s nice to know that your work made an impression on people and that they remembered it.”

When asked what he was most proud of during his career, he says it was about the clients he worked for and the people he worked with. “And the people are what I miss the most,” he adds. “There was a real community feeling to the industry, and it made you feel as though you were part of something larger. Everyone helped each other, and respected each other. Just being able to make great friends and feel that you were part of a team is something that was very gratifying.”