To the tune of 'I'll Be There' by the Jackson 5, spots show Samsung helping athletes overcome diverse challenges 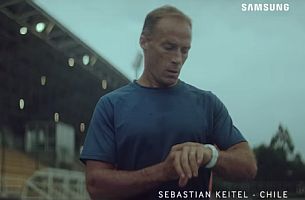 With the tagline "Samsung is with you, whatever your challenge," the campaign consists of the films "I'll Be There", that boasts an unreleased version of the Jackson 5 song, produced exclusively for the occasion; and "Point of View", in which Samsung’s own products narrate the scenes, showing that they are there from the most unpretentious moments to the most important ones.

"The products that star in the film, along with the athletes, were specially selected for their premium features and for really connecting people with what they love most," says Roman Cepeda, marketing director for Samsung Latin America. "Samsung is proud of its history of supporting sports and this initiative unites us to one of Latin Americans’ passions."

LBTM also created five 15-second short films centered on the products. Each one highlights a feature similar to one of the athletes’ skills, such as TV or notebook connectivity and the twins Bia and Branca Feres.

The campaign is based on Social Media strategy and counts with POS material, street furniture, ads and a landing page that invites Internet users to lend tribute to someone who is always there when for them. Besides Brazil, the media plan involves Argentina, Bolivia, Chile, Colombia, Costa Rica, Cuba, El Salvador, Ecuador, Guatemala, Haiti, Honduras, Mexico, Nicaragua, Panama, Paraguay, Peru, Dominican Republic, The Caribbean, Uruguay and Venezuela. 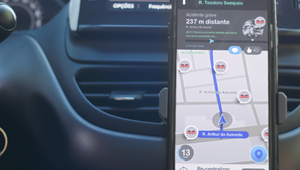