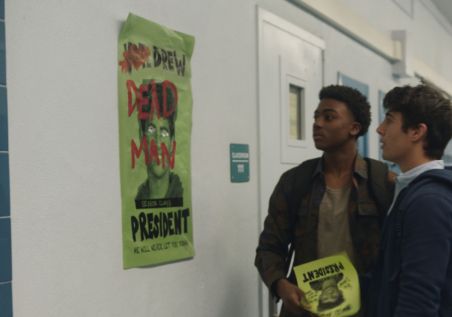 To honour the 6th remembrance of the Sandy Hook School shooting, Sandy Hook Promise has launched its latest PSA, 'Point of View'. Created by BBDO New York and directed by Rupert Sanders, the chilling video highlights how often a shooter goes unnoticed until it’s too late.

'Point of View' follows students throughout their average high school day as they prepare for their class election. But the film takes a dark turn when it’s revealed to the viewer that they’ve been seeing the story through the eyes of a shooter all along. And only when the shooter raises his gun into frame do the students finally notice him too. The film serves as a shocking reminder of how easy it is to ignore the warning signs of someone on their way to becoming a shooter.

The PSA will run on Sandy Hook Promise’s social channels.

BBDO and SHP have collaborated in the past to honour the anniversary of the Sandy Hook School shooting, including creating two award-winning PSA’s, 'Evan' and 'Tomorrow’s News'. Both PSAs amassed a total of three billion impressions worldwide and received over 200 awards, including 13 Cannes Lions. These short films continue to elevate a national dialogue around gun violence prevention.