Latest New Zealand Transport Spot is Exactly What You're Looking For 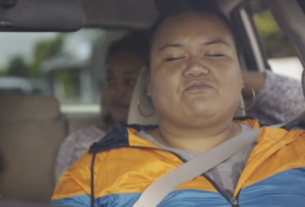 Wellington creative agency Clemenger BBDO, with media partner OMD, have announced the launch of Hello – a new piece of online video content for the NZ Transport Agency aimed at young drivers using their phones behind the wheel.

Clemenger BBDO’s Creative Director, Emily Beautrais says, “We’re never without our phones; it’s the first thing we look at when we wake up in the morning, and the last thing we look at before we go to sleep. We live in a time where the majority of young people say they ‘can’t function’ without their phones. Asking them to put it down at any time is a big ask.”

Kiwis have heard that using their mobile while driving is dangerous, but they’re choosing to override the risk, says NZ Transport Agency Senior Education Advisor, Adrian Stephenson: “Research suggests driver distraction is likely to be a factor in 20-30% of crashes. However, the majority of young people still admit to using their phone for unnecessary tasks when they’re behind the wheel. While lots of overseas campaigns still use shock tactics, we realised we needed to take a different approach with young people if we had any hope of getting their attention.”

The content piece is set to Lionel Richie’s hit, ‘Hello’ – we see passengers intercepting their driver’s hand as it reaches for the phone, a simple and non-verbal request for the driver to put their passenger’s safety first.

“Our research showed us passengers feel uncomfortable when their driver uses their phone. Hello makes that discomfort visible without a heavy, judgmental tone,” says Beautrais.