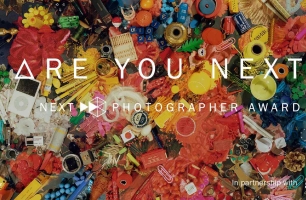 Aspiring creative film and photography talent will have until Wednesday 11 March to get their entries in for the final judging round of the brand new D&AD Next Awards.

The Next series aims to bridge the gap between the D&AD Professional Awards and New Blood programme by identifying the best new talent and promoting them back to industry.

The D&AD Next Director Award, created in partnership with YouTube and supported by MOFILM, is open to filmmakers with less than two years commercial experience. Entries cost £40 and any type of film can be entered – including short films, commercials, branded content, documentaries and music videos – as long as the submission is under five minutes in length.

The D&AD Next Photographer Award is in partnership with Getty Images and open to new photographers of all ages. Entries cost £20 and photographers are asked to submit three pieces of photography (still or moving image), either from a series or produced individually.

Shortlisted directors and photographers receive international exposure for their work, mentoring from a wide portfolio of acclaimed photographers, agents, production companies and advertising agencies, plus the chance to win funding and grants towards personal and commissioned projects.

The Next Awards feature multiple judging rounds throughout the year, with entrants allowed to make one submission per judging round. The final shortlisted entries will be revealed in April, selected by an all-star panel drawn from across the creative industries.

The overall winner will then be chosen from the combined shortlists and announced at the D&AD Professional Awards Ceremony in May 2015, taking home a coveted D&AD Pencil and earning a place in the 2015 D&AD Annual.

To find out more about the Next Director Award, the jury and to see the first two shortlists, visit: http://www.dandad.org/en/next-director-award/

To find out more about the Next Photographer Award, eligibility criteria and prize information, click here.