Partnering with the City of Melbourne to create a new concept for MSFW; offering a more integrated, and immersive experience for consumers 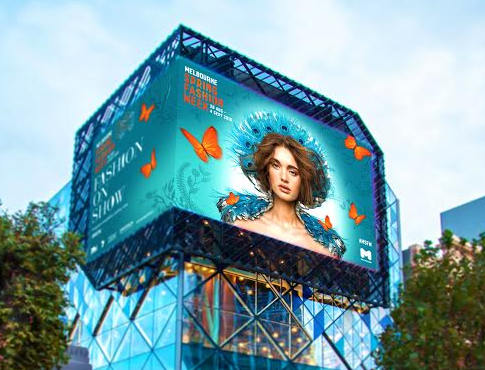 Landor have been working with the fashion event for nine months in a consultancy role from campaign inception, art direction, though to interior styling, brand activation, and the execution of the desktop and mobile site.

“This year, we wanted to ensure a much greater level of creative integration; clearly linking all facets of the entire event and giving the customer a consistent brand experience throughout every touchpoint. Effective collaboration with all the partners from the start has made MSFW 2015 the most successful year to date,” said Christopher Reay, creative director at Landor Melbourne.

The concept of the 'Untamed Garden’, the title of this year’s theme, explores the idea of transformation from the starkness of Winter into the sensorial nature of Spring. This reflects the revealing of one's own colourful nature, and the pride in stepping out once again for the upcoming Spring Fashion season.

Executed through the ethereal vision of the Empress, the event’s signature headpiece created by master milliner Richard Nylon in collaboration with Landor, balances the iconic beauty of the peacock feather with the more masculine armoury; a tension which gives the image a sense of power, appealing to a growing male audience whilst still remaining ultimately beautiful.

“The campaign references numerous trends for upcoming Spring Summer 2015/2016 season and taps into a universal desire for escapism through its execution. The striking colour palette, a refreshing teal with a strong tangerine accent, gives the campaign impact and instant recognition across all media,” continued Reay.

In addition to all print and digital design Landor’s creative team have extended the concept well into Melbourne’s famous Town Hall. A 10m teal carpet graces the grand entrance, impressive floral centrepieces created by Cecilia Fox and dramatic lighting transform the historic building and heighten the anticipation of the event.

The City of Melbourne logo, created by Landor in 2009, also takes on a new dimension for MSFW in 2015. Animated in full 3D, and in partnership with Jumbla studios, the identity takes on the essence of each of the differently themed runway nights on a huge 75ft projection, giving those attending a chance to experience their city’s icon like they’ve never seen it before.

“The animations have really helped ensure total brand integration into the live events whilst driving greater awareness of the City of Melbourne’s long standing commitment and ownership of Melbourne Spring Fashion Week in its 21st year,” concluded Reay.