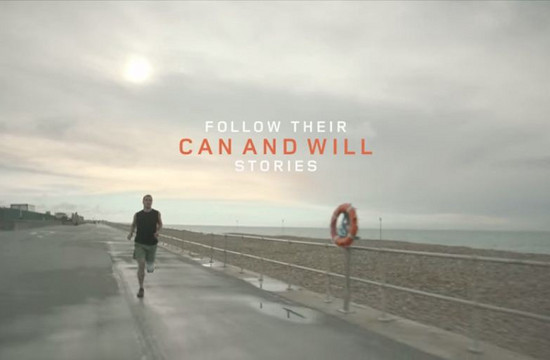 The final instalment of the Land Rover ‘Can and Will’ short film series for Channel 4, part of Mindshare UK’s media strategy for the brand, airs this Saturday evening with the inspirational story of how survivalist Bear Grylls overcame his severe back injury to climb Mt Everest.

Mindshare has taken the values and ethos of ‘Can and Will’ - created by RKCY/Y&R to use the brand’s legendary ‘above and beyond’ attitude to inspire people to challenge themselves and fulfil their ambitions – and created an innovative media strategy across TV, online, cinema and in the live event space, with a forthcoming evening of talks in September.

Mindshare created the idea for the series of shorts for Channel 4, and then brought The Outfit on board to produce them, with creative input from RKCY/Y&R. The films for Channel 4 ran across TV and on catch-up through 4oD, on Channel 4’s digital platforms and in cinema. They are also housed on Land Rover’s ‘Can and Will’ website. Previous stories in the short films series have featured Paralympian Ellie Simmons and actor Richard E Grant. Mindshare worked with The Outfit and Land Rover to source the talent for the films.

Mindshare’s strategy also included a partnership with TED, for which  Mindshare worked with Land Rover to source talks from TED’s archive which reflect the core values of the campaign, and which sit on a dedicated TED page and on the Land Rover ‘Can and Will’ website.

The culmination of Mindshare’s campaign is a special evening on 17th September at the Royal Geographical Society, where there will be a series of live talks from key personalities. Mindshare’s idea for the event has been brought to life by a partnership with 5 x 15, which specialises in organising one-off talks from notable persons. Under the 5 x 15 format, there will be five 15-minute talks and Mindshare has worked with Land Rover and sports and entertainment agency Fast Track, to secure the speakers: world-leading explorer Sir Ranulph Fiennes; Mick Ebling, the founder of Not Impossible Labs; entrepreneur Karen Brady; Invictus Games athlete and RAF serviceman Mike Goody; and community champion Pamela Warhurst. Fiennes and Brady are Land Rover brand ambassadors.

Jo Hitchen, Business Director, Mindshare UK, added: “Land Rover is a brand that is synonymous with an attitude of aiming for new ground and exploring, of being bold and brave. We created a strategy for ‘Can and Will’ that encapsulates the values and ethos at the heart of this campaign by bringing together inspirational voices across multiple media through a series of innovative partnerships.”