Jenkins was most recently executive producer at Bloomberg 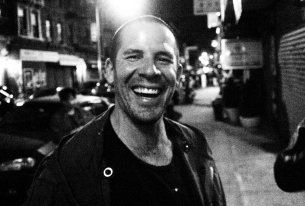 Labs, the high-end digital production division within Framestore, has announced the addition of Adam Jenkins in the role of Executive Producer for North America. Adam will be based out of Framestore’s New York office as he furthers the presence of Labs in the U.S. In his new role within Labs, Adam will work directly with clients to create artfully designed and developed interactive experiences for brands and their agency partners.

Adam is no stranger to Labs, having previously worked with the team on the client side as the Executive Producer at Bloomberg, overseeing Morgan Stanley’s ‘Digital Signage’ project – an innovative new content system for the LED displays at their Times Square headquarters. The project is shortlisted at the AICP Next Awards, D&AD and One Show Awards, for its pioneering use of technology and cinematic visualization.

“Working with Framestore on the client-side for the Morgan Stanley project, I saw how Labs  worked, I saw what they created, and how the team operated in making everything from the ground up. I knew I was watching the future, and I’m thrilled to be a part of the Labs division in the next phase of its business”, said Jenkins.

Said Jonny Dixon, Global Executive Producer at Labs: “It was important to me to find someone who fully understands the Labs process: someone who can efficiently seek out the right clients and projects and bring in the job, whilst continuing to push our creativity and scope. Having worked with Adam already across the past year, it was evident that he had the right skill-set and enthusiasm for the job; he already felt like a part of Labs.”

Adam started his career in New Zealand, working his way up the ranks of some of the largest advertising production companies in the Southern Hemisphere. He then moved to London, where in his first year he was nominated by D&AD as Best Editor and won the Silver Lion at Cannes for his work for QTV. Within three years Adam moved to New York, where he saw the trend for advertising agencies setting up in-house production and post-production arms, and decided to form FeedTheWalrus (FTW) alongside a former colleague. He then moved to R/GA to work within the agency’s in-house production company, working cross-platform for clients including Samsung, Nike and Beats, and amassing a raft of industry awards along the way.