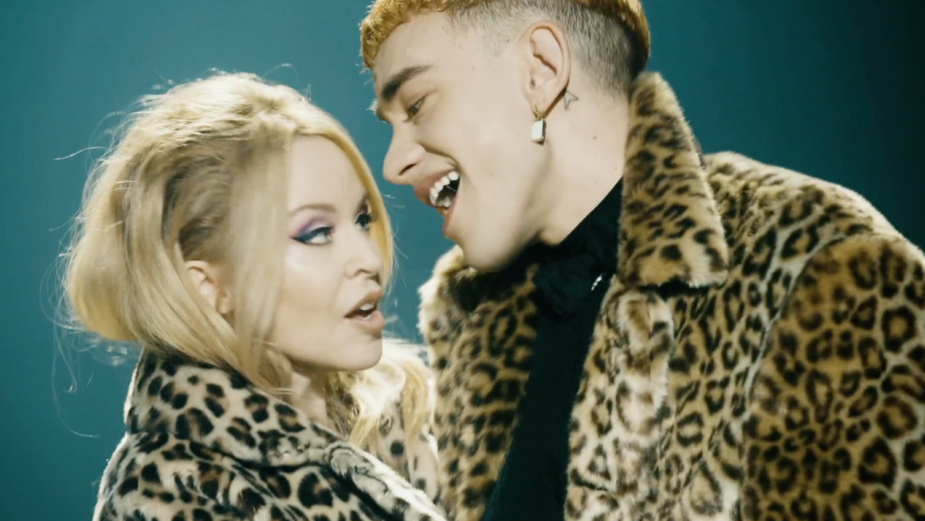 PRETTYBIRD director Sophie Muller has directed the music video for Kylie’s new track ‘A Second to Midnight’, featuring Years & Years who co-wrote the track.  Muller’s direction sees the leopard print-clad duo dance around under a spotlight, briefly switching roles throughout the video.

‘A Second to Midnight’ is taken from ‘DISCO: Guest list edition’. The esteemed choreographer Theo Adams, a PRETTYBIRD collaborator who recently choreographed an incredible performance by Years & Years with Elton John at the Brit Awards, was performance director of Kylie’s new promo. In the video, a choreographed routine takes over the venue – made up of dancers donning Olly and Kylie masks. Juliette Larthe Exec-produced with Chris Murdoch producing and cinematrography by Franklin Dow.

PRETTYBIRD UK Co-Founder Juliette Larthe said: “The insanely wonderful pairing of the maverick Alchemists of vision and movement, the genius’s of vespertine delights - Sophie Muller and Theo Adams - repeatedly inculcate the aureate of their crafts individually, and now together for the first time with Kylie and Olly. The result is Epic-ness of the most MAJORNESS and we utterly love it.”

During a prolific career that has seen her work with some of contemporary music’s most iconic figures, Sophie Muller has shot more than 300 music videos and has worked multiple times with Kylie.  Sophie has won many awards including Grammy, several MTV awards and a Brit Award for her work with musicians including; Rihanna, Gwen Stefani, Annie Lennox, Alicia Keys, Beyonce and Pink.