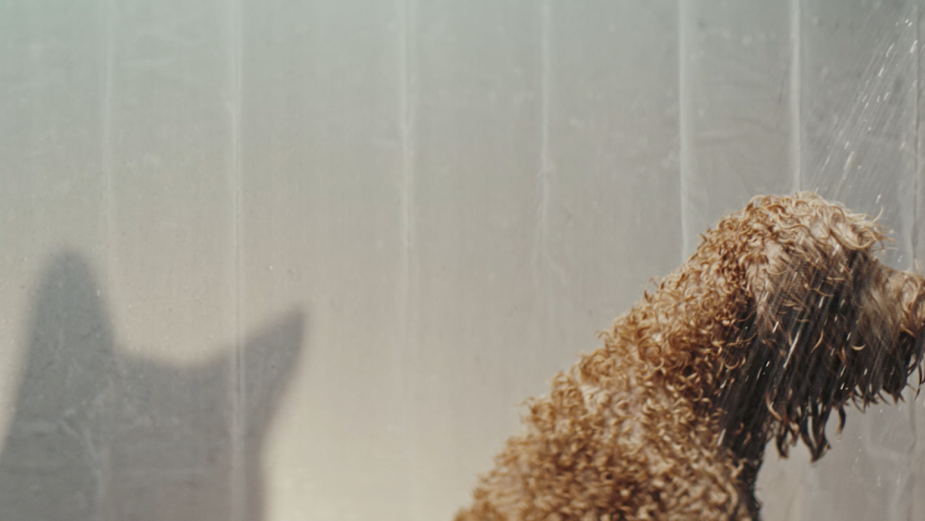 Waggel came to the studio asking for some creative and execution that channelled an outlaw spirit, making them stand out in the crowded pet insurance space, which was experiencing a strong upturn driven by a lockdown-inspired surge in animal ownership.

For the spot, JAM reinterpreted Psycho, via a deranged stalker cat, through the lens of Kubrick’s The Shining.

With great bravery, Waggel went with it, allowing the team to be bold with the style and tone. The end result is a cinematic bit of black humour that provided Waggel with a stand out and lovely representation of its outlaw spirit.

Shot on a 2/3 scale bathroom inspired by Kubrick’s bathroom in the Shining, the spot involved two cockapoos, two porcelain cats, a taxidermy cat with an evil glint in its eye and 106 sausages.

Mark Dymond, creative/director/writer, says: “Having a client brave enough to give us creative freedom really allowed us to embrace the deadpan silliness of the scenario, and not signpost the comedy, which helps make the piece more cinematic and sophisticated. A sort of Trojan Horse for the funny!”

Joel Anderson, producer/DOP/photographer, comments: “Its not every day that you come up with a really insane concept and the clients say ‘let's do this!’. With that in mind, we had a fantastic opportunity to channel Kubrick and Hitchcock and bring cinematic sensibilities to what was basically a dog in a shower.”

JAM simply stands for Joel and Mark. Joel is a producer/DOP/photographer and Mark is a creative/director/writer.