Kobe, the Tears of Shaq and a New Horizon for Men’s Mental Health

The Influencers 433 Add to collection 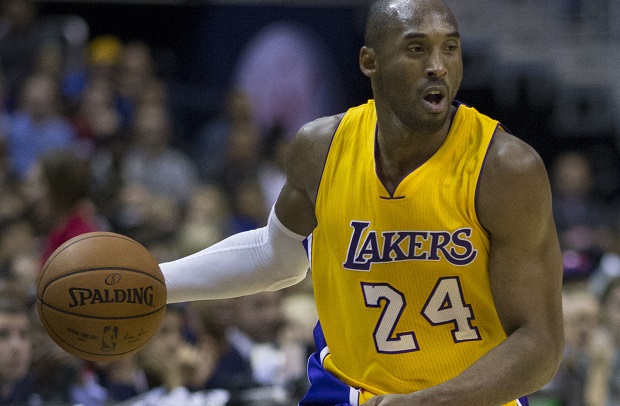 I am no huge basketball fan. I've always kept an eye on the Boston Celtic’s since living there for a year in 2010. So I knew about Kobe Bryant and the unstoppable force he was for the Lakers. But since the terrible news on Sunday I know a lot more about him, as a man, dad, friend, icon, husband.
Like millions the world over this week it has wobbled me, at times fighting to control my feelings and emotions into a sensible order.
As the usual cliched emotionally uptight post-Victorian Brit I have found myself again wrestling between keeping a solid and respectable stiff upper lip and simultaneously feeling the moist trickle of  a tear run down my face. The eyes give away what the lips can’t say.
Events this week have made me painfully aware that I, like others, struggle to have a meaningful emotional middle ground to express feelings. My emotional volume controller twists between say nothing or cry a bit. It’s like the emotional equivalent of two sets of music, Kraftwerk or the soundtrack from Frozen. With very little in between.
Through my agency I have been able to dedicate a chunk of my work time studying how British men manage emotion and it seems I am far from alone. In fact my struggle looks and feels like norm.
One of my clients, Harry’s, this time last year launched a high profile campaign with Harry Kane to open up debate about men's mental health. The reaction from the public was powerful,  including a well documented instance of Harry personally trying to help guys on Twitter coping with bereavement and the struggle they have to talk openly about their emotions.
Harry’s invested significantly in research into men's mental health, commissioning something called the 'Masculinity Report' with University College London.
One of the conclusions is that men’s friendship groups, at an emotional level function very poorly compared to women's. They support the need for fun not the need to talk. Women have no problem with answering a call from a friend directly for emotional support, and women can genuinely cry openly together. Men just can’t yet.
Last night I realised it doesn’t have to be this way. I watched video clips of Shaquille O'Neal talking this week on the 'NBA on TNT' Twitter feed. He talked with his heart wide open, to millions, about the recent loss of his sister and now the loss of Kobe and his daughter. The power of his approach was both emotional but also unlike anything I had seen before.

“Every time I see you guys, expect an ‘I love you.’” - @SHAQ ❤️ pic.twitter.com/tQQpVEJa6k

Shaq just talked, no filter, about how this terrible event has made him realise deeply how he unwittingly neglects connecting with too many people in his life that are special to him. He talked about the deep regret of not seeing or speaking Kobe over the recent months. He was heart-broken about Kobe but determined to put that right.
Shaq went further. Shaq declared from now on he is going tell all the guys that matter to him that he loves them. My needle fell off my record. Telling other guys you love them?
He went around the panel of old friends and told each one of them that he loves them and why. Then he promised and that he is going to keep telling them every time he sees them he loves them. They are going get sick of it but he doesn’t care. He wants that to be part of his emotional contract with those he values.
Through the midst of this great horrible tragedy I had just seen something from Shaq that showed a new benchmark for how men can truly express their emotions. To me it was more powerful than any I’d seen. Maybe we can all do it, we just have to, excuse the basketball pun, make the jump.
I am going to try and be more like Shaq, all be it in my own post-Victorian British I don’t play basketball way. It will be a strange jump no doubt. But if I try and others can try as well, then perhaps a crumb of positivity can be obtained from Kobe and his big bother Shaq. Hey, maybe Kobe wont have taken his last jump yet after all.
view more - The Influencers