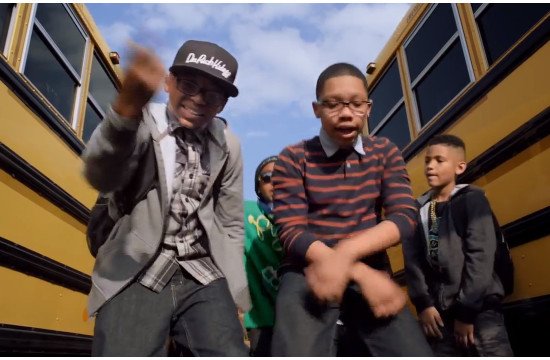 The Kmart team is at it again. They’ve enlisted Da Rich Kidzz, a hot up-and-coming hip-hop group made up of six young rappers from Minneapolis, to create a music video called “My Limo” that’s just gone live online. Already, positive sentiment is high. Their highly infectious song is an outstanding example of branded content designed to drive sales during the all-important back-to-school season that is now swinging into high gear.

Like its predecessors, “Ship My Pants” and “Big Gas Savings,” “My Limo” launched on YouTube and is intended to ignite conversation about the retailer.

“Ship My Pants” and “Big Gas Savings,” both viral sensations released in quick succession in April and May, have received more than 28 million and nearly 7 million YouTube views, respectively. In addition to taking YouTube by storm, both ads scored exceedingly well on industry indices that track effectiveness.

Of course, then there was the much applauded and talked about “Yo Mama” spot.

Known for its commitment to the cross-cultural consumers it serves, Kmart has long been passionate about diversity and inclusion. Recognizing the power of music, Kmart jumped at the chance to partner with Da Rich Kidzz on a music video that serves as the centerpiece of a marketing campaign designed to set the retail chain apart during the cluttered Back to School shopping season.

Two 30-second spots will follow the long-form video, currently on YouTube.  They aptly convey that Kmart has must-have clothes and other school supplies for kids returning to the classroom. Of course, because of Kmart’s Shop Your Way program, moms get more for their money.

While singing lines like “My school bus is my limo…I rule back to school with my cap on and my brim low,” all the group members are dressed in Kmart duds.

Music producer and songwriter Alonzo Jackson, founder of Heeba Jeeba Productions, is managing and producing Da Rich Kidzz. He has contributed to recordings by famed artists including Pink and Destiny’s Child.