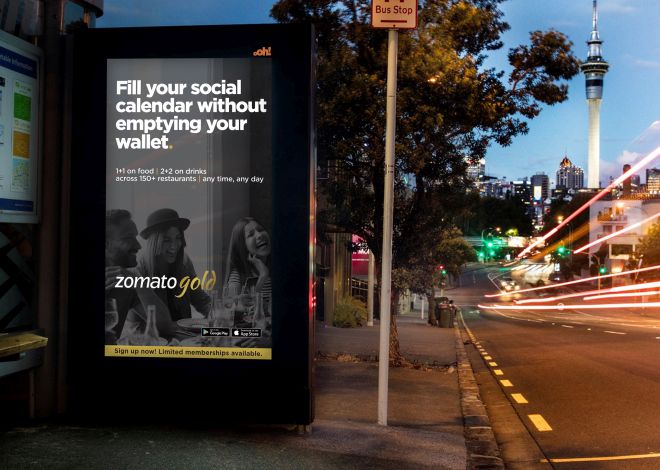 Globally successful dining-membership programme Zomato Gold has just launched in New Zealand with a wryly straight-talking creative campaign from J. Walter Thompson and Mindshare, that taps into Kiwis’ increasing appetite for dining out.

With the 2018 Restaurant Association Hospitality Report showing that New Zealanders are eating out more often for a wider range of occasions, the timing was perfect for Zomato Gold’s launch in Auckland, its first city in AUNZ. Zomato Gold is an exclusive subscription-based membership programme that offers users a complimentary dish or drinks every and any time they go out.

Leveraging the insight that consumers are likely to enjoy the social aspect of eating, as much as the food they’re eating, the campaign taps into the emerging dining-out culture and unlocks a little bit of Kiwi sociability. Launched end-February and running until May 2019, the creative campaign includes locally-resonant taglines across major billboards and other outdoor, print, radio, online media partnerships, social and influencers. 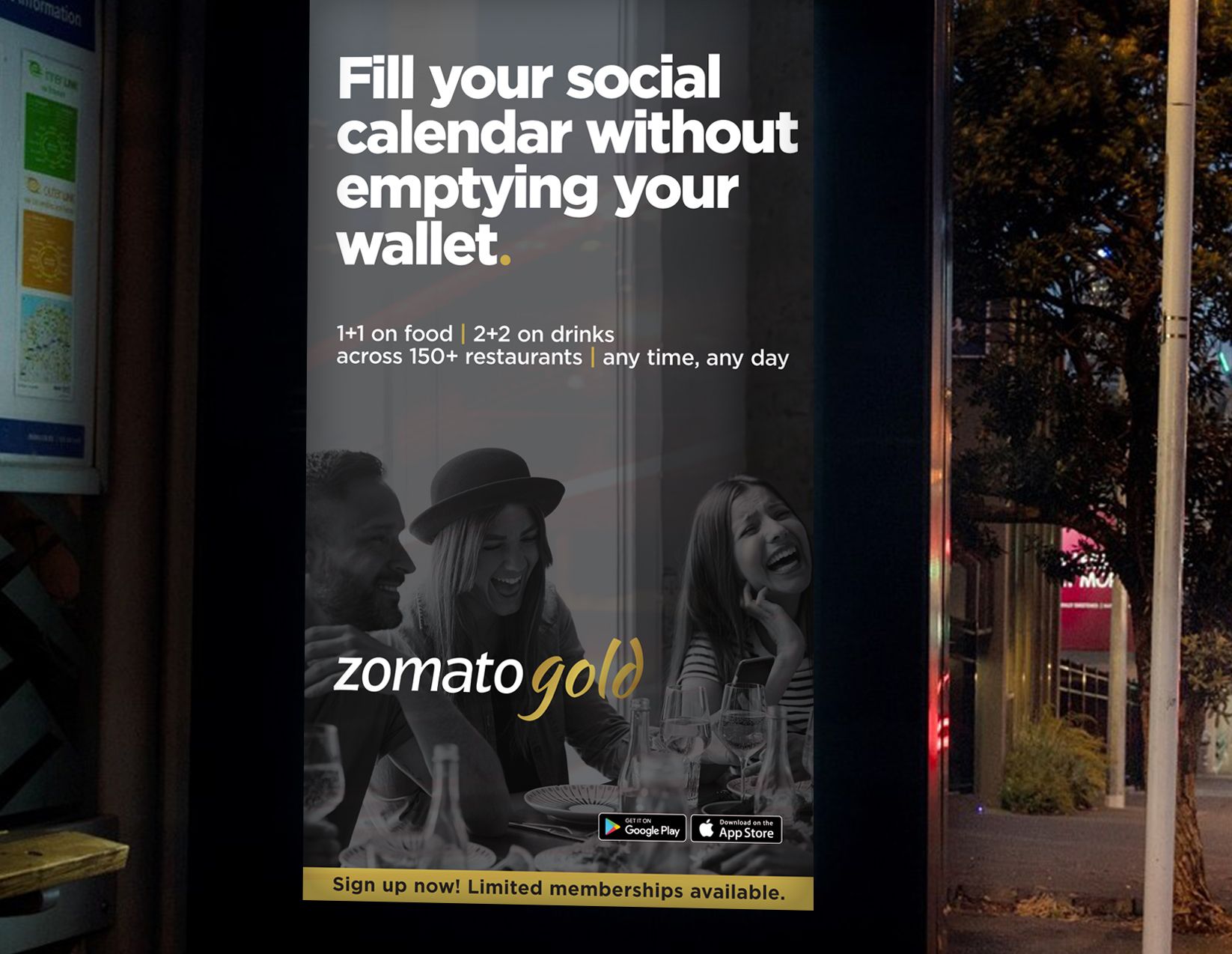 Commenting on the campaign, J. Walter Thompson New Zealand’s executive creative director Justin Barnes said: “Zomato Gold brings an amazing new service for the people of Auckland. So, we helped them develop a locally relevant, hard-hitting launch campaign that put their hero offers front and centre. The campaign appeals to New Zealander’s innate desire to be more social by take advantage of Zomato Gold’s exclusive membership benefits of 1+1 on meals and 2+2 on drinks offering.”

Anand Sinha global business head, commeted: “The many benefits of Zomato Gold combine to help New Zealanders share more social experiences with each other. Our program is the perfect recipe at a time when the country’s appetite for dining out is on the rise, and the 'Be More Social' campaign taps into that trend.”