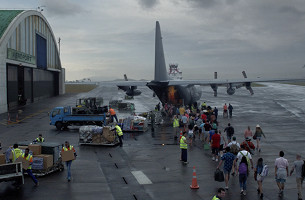 Created by Saatchi & Saatchi New Zealand, the new campaign is centred around the insight that helping comes naturally to New Zealanders, showing scenarios based on real experiences in the forces, with behind the scenes online films explaining more of the story behind each event. The work is informed by research that showed that when it comes to selecting a career path, purpose is now one of the key drivers for young New Zealanders. They want to join an organization that will not only help them get on in life, but will also make a difference in the world.

Commander Wayne Burtton, Director of Defence Recruiting for NZDF said, “We are extremely proud of the work that has been developed and the way it shares the real stories of our incredible men and women. The work also reflects the integrated role of the Navy, Army and Air Force for New Zealand. It brings to life the vision Chief of Defence, Lieutenant-General Tim Keating has for NZDF – to be ‘A Force for New Zealand’.”

Corey Chalmers, ECD of Saatchi & Saatchi NZ said, “It has been an absolute honour – both for me personally and the whole agency team - to work alongside each of the services in the creation of this campaign. The experience has given me the most profound respect for the what the people of the Army, Navy and Air Force do for New Zealand.”

The campaign started on 6 September and will run on TV and online.