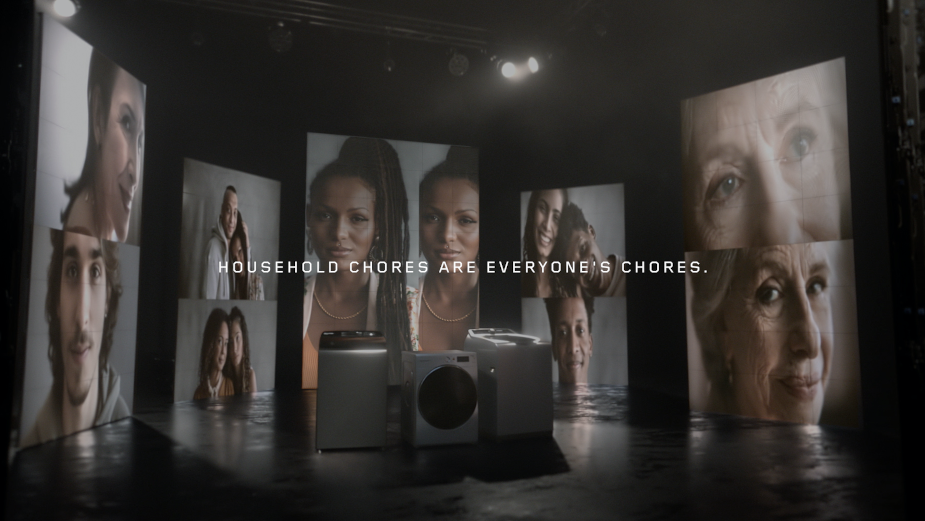 Women carry the lion's share when it comes to household chores, and have historically endured the double burden of a career and the social pressures of caring for their homes and families. According to an IBGE survey in 2020, women spend twice as much time as men on household chores. In this context, Brastemp – a brand that is ever present in the homes and hearts of Brazilians –, is placing the discussion about equal workloads at the core of its new campaign.

Known as ‘Mother's month,’ the month of May is often filled with advertising campaigns reinforcing the cultural bias that household work is a woman's job. Seeking to shift the focus and start a new conversation in the industry and in society, Brastemp is taking the initiative in May with ‘Household chores are everyone's chores’ – a new campaign created by FCB in partnership with consulting company Think Eva, aimed at promoting the equal division of household chores among men and women. With activations both on TV and digital media, Brastemp leads the conversation from a unique perspective – and a fact that Think Eva identified at Brastemp's request: women on average spend four years of their lives doing laundry. This is a time that men are free to use for personal development, career advancement, leisure, or simply resting.

In order to promote awareness about the subject, Brastemp is also extending the debate to its product line, by ‘launching’ a fictitious washing machine dubbed ‘Brastemp Shareding Edition.’ The launch of the new product is meant to drive home the point that laundry is a chore to be shared by everyone, not only women. The video manifesto will also support and emphasize the fact that household chores are everyone's chores, regardless of how the family is structured. Accordingly, Brastemp has carefully chosen the cast for the video to purposefully portray diversity: an elderly couple, a couple with a transgender woman, a black Angolan family, and a white mother with her son.

"Mother's Day is one of the big dates for retail, and that's a given. But when it comes to appliances, the brands and the industry traditionally associate their products to maternal figures and to Mother's Day, thus reinforcing the stereotype and the cultural bias that household work should be done by women, which in today's world is a significant step in the wrong direction. As a market leader and a company that is top-of-mind in the laundry category, we saw it as our role to re-signify the date, so we launched a campaign that, instead of doubling down on stereotypes, takes the opposite approach: it promotes social discussion around a topic that is both urgent and necessary, which is to promote equity in household work. My dream is that, in a few years, no household appliance brand will push its products as a 'gift for mom,' and that household chores will become everyone's chores," says Allyne Magnoli, Whirlpool marketing director.

Brastemp has also invited Think Eva, a consulting company focusing on social innovation, to help develop the narrative and curate the content for the campaign. "Since last year, we have been studying the Care Economy, and it fills us with hope that a brand as big and as far-reaching as Brastemp is stepping up to the plate in this discussion. The invisible work of caring must be shared by everyone, and being able to bring this topic, along with our strategic brand perspective, into the campaign has made us more confident that change is actually possible," says Maíra Liguori, co-founder Think Eva co-founder.

"The brands play an important role in building society's culture, especially such iconic brands as Brastemp. Broaching the Care Economy in a campaign is a way for us to accept this role as influencers, and to put the spotlight on a subject that has been very costly to women, for a long time," adds Anna Martha, FCB Brasil ECD.

The campaign will extend to television with a discussion in the ‘Papo de Segunda’ –  TV show hosted by four men –  and ‘Saia Justa’ – TV show hosted by four  women–, on the GNT channel (Grupo Globo) and to digital media. All of the action with influencers was developed by FCB Brasil, in partnership with Mfield.