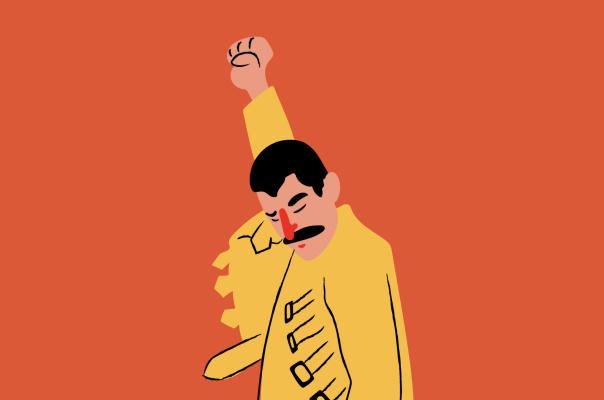 Little changes can have big meaning – that’s what happened in the careers of many major rock stars. Inspired by their transformations, Kiss FM is in for a change, too: now, they’re broadcasting from 92.5.

Created by AlmapBBDO, the campaign behind this transition makes it clear that changes can be more surprising than you might imagine – as long as you stay true to your essence.

Inspired by real examples from music history, the short 'Changes' runs through a few of the stories that changed rock forever. Like Queen, for example, when they fired the manager who didn’t believe in the potential of 'Bohemian Rhapsody', a song that became one of rock’s greatest hymns. In the end, 'Changes' shows that, even from its new spot on the dial, Kiss FM remains as original as always.

The campaign airs on TV, in theatres, on social media, digital media and in print.

The short is accompanied by the 'Rock Logos' series, in which the station’s new address, 92.5, is dolled up to match rock classics.