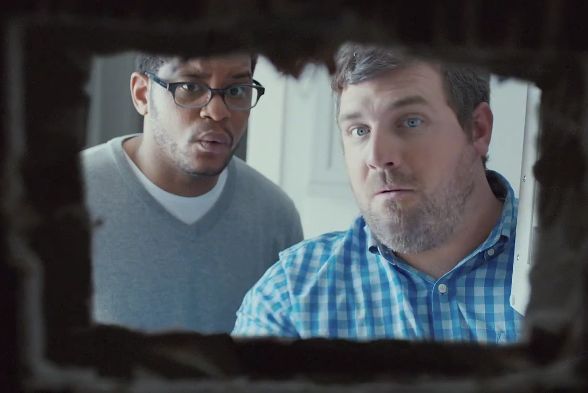 Los Angeles-based boutique advertising agency Levit Agency has crafted a first-ever Super Bowl commercial for King’s Hawaiian that embraces the tribulations of fatherhood. The spot features a man boasting to his friend about his sly efforts to keep his beloved King’s Hawaiian rolls out of family reach, cleverly - albeit sloppily - stashing the bread in a grandfather clock accessed through a hole in the pantry. Little does he know that his son is not only aware of the secret hiding spot, but marvels at the presence of the rolls as a delicious miracle.

The spot’s placement, which is a first for the brand and the agency alike, will air during Super Bowl LI on February 5th, when the New England Patriots face off against the Atlanta Falcons on FOX.

Levit Agency has served as the brand’s agency of record for King’s Hawaiian since the agency opened in 2015. The small agency leverages a nimble approach to manage all of the brand’s creative services including TV, digital content, in-store and print. The spot reflects a more modern vision of the American family, bringing in the fatherly perspective with a dose of humour, while still remaining aligned with the family-focused brand ethos. Historically, King’s Hawaiian’s ad campaign has been more targeted towards a maternal demographic, but this spot shifts their overall strategy to be more inclusive of men in the family. The campaign takes a light spin on the irresistible quality that makes the rolls so difficult to keep around.

"I've had the pleasure of working with Steve at past companies at his prior agency posts and it was really important to me to be able to have an accomplished senior level creative working directly on my business," notes King's Hawaiian Vice President, Marketing Erick Dickens. "For the brand, the family and I have been very happy with the quality level we have been able to produce with the Levit Agency. I believe that our creative stands up amongst the other creative we would see at the Super Bowl."

Adds Levit, “With King’s Hawaiian, we’re able to keep the creative fresh because the brand stays true to a very simple truth: ‘No one can stop eating the stuff.’ And as they grow into new products and categories, with a BBQ sauce launching this year, they are true to ‘irresistible, no matter what.’ The focus and simplicity of ‘irresistible’ makes for great opportunities.”