King of Shaves Dives Under Water 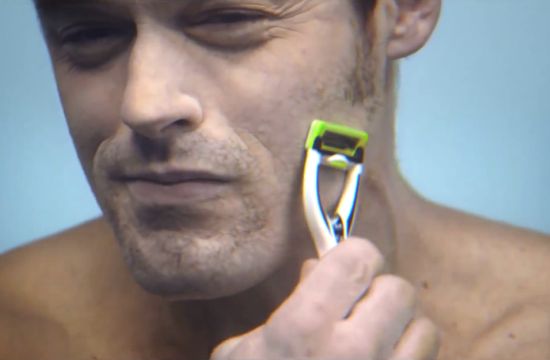 King of Shaves have launched their revolutionary new Hyperglide Razor, backed by a £1m marketing campaign.  The world’s first live-streamed product launch via www.shave.com included the debut of viral ad ‘Toothbrush’ from agency Tiger’s Eye, directed by Tiger Savage.  The ad was co-directed by Sky Sharrock Director of Photography, and the production company was Habana Creative.  Tiger Savage is one of the world's leading female creative directors in advertising, the award-winning Savage has worked with global brands including Levis, Harrods, Nike, Adidas, British Airways, and co-created the famous 'The Lynx Effect'.

King of Shaves CEO Will King presented the razor at the launch in London with music provided by L.A. band KING and DJ Chicane.  The Hyperglide is poised to set a new performance standard in the global system razor market, with a patented water activated self-lubricating cartridge that creates it’s own HydroGel, allowing the user to shave by simply just adding water.  The ad ‘Toothbrush’ was shot under water and comes with an unexpected twist at the end.

King of Shaves CEO Will King commented:  “Launching Hyperglide is an iPhone moment for us. Competitor razors require shave prep – gel, foam or cream – to deliver a comfortable and close shave whereas with Hyperglide, water does the hard work.  I view our competitors as stuck in the ‘mechanical button phone’ era – pressing on with the old, whilst we pioneer the new – ‘just add water and shave’. It’s taken four years and £5m investment to develop and perfect this technology, which is a genuine shaving world first.”