Kim Papworth Steps Down From ECD Role at W+K London

Papworth steps down to a senior creative role at W+K, with Iain Tait taking the place as ECD 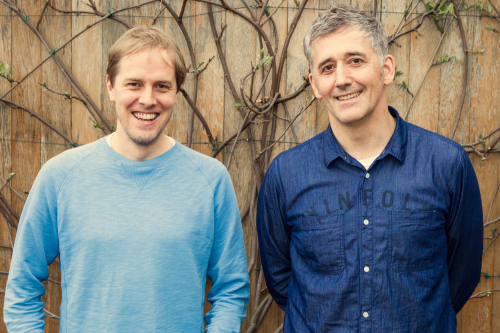 Wieden+Kennedy is pleased to announce the arrival of Iain Tait, who joins as executive creative director at Wieden+Kennedy London. Tait will leave his current role as ECD of Google Creative Lab in New York to join the London agency in September, reporting to global ECDs Colleen DeCourcy and Mark Fitzloff.

At Wieden+Kennedy London, Tait will partner with ECD Tony Davidson to lead creative across the agency, completing the London management team alongside managing director Neil Christie. Davidson’s current partner, Kim Papworth, will step down from his current responsibilities as ECD in September, remaining at Wieden+Kennedy London in a senior creative role and continuing a 13-year tenure with the agency.

Scotland-born Tait co-founded London digital agency Poke in 2001, before leaving to join Wieden+Kennedy in Portland as global interactive creative director from 2010-2012. During his time at Wieden+Kennedy, Tait played a key role in some of the agency’s most celebrated campaigns including Old Spice Responses.

“Tony and Iain's partnership, following on from mine and Mark's last year, is evidence of the way W+K continues to evolve,” said DeCourcy. “Bringing Iain's talent back into the fold helps us reach our goal of providing real leadership to creatives who work with technology, full stop. Flying in the face of industry claims that Silicon Valley is stealing our best talent, it would seem that we are more than holding our own.”

Iain Tait says, “I'm really thrilled to re-join the W+K family. Especially to be part of the London office with shedloads of amazing talent, great clients, positive momentum, and Tony Davidson. Plus, being back in a land where I can say things like 'shedloads' without getting puzzled looks is quite nice too.”

Tony Davidson, ECD of Wieden+Kennedy London says, "Our industry isn't changing quickly enough. True integration isn't about separate units. Iain has a different skill set from me, as well as different hair and eye colour. One thing we do have in common though is that we both want to challenge the status quo and find different ways to solve our clients’ business problems."