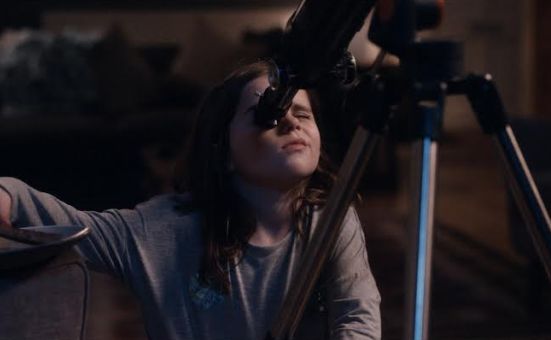 John Lewis today launched its 2015 Christmas advertising campaign - Man on The Moon. Set to the Oasis track ‘Half The World Away’, recorded by 19-year-old rising music star, Aurora, the retailer’s Christmas advert tells the story of a magical and unexpected connection between a little girl, Lily, and a Man who lives on the Moon. At its heart the narrative demonstrates the power of connection and thoughtfulness at Christmas - a time of great joy, but also a time when some might find themselves alone. The advert ends with the strapline ‘Show someone they’re loved this Christmas’.

The advert launches on the retailer’s social media channels on Friday 6th November and it will then feature on TV for the first time that evening during the first advert break of Gogglebox on Channel 4. This follows a teaser campaign using #OnTheMoon, on television and social media which began last Sunday (1st).

John Lewis has partnered with Age UK to drive awareness and support for some of the million older people who can go for a month without speaking to anyone. Throughout November and December, the retailer will be supporting Age UK in a number of ways, including in store and online activity, a text to donate mechanism and through the sales of selected Christmas merchandise.

Craig Inglis, Customer Director at John Lewis said "Our Christmas advert is once again all about going the extra mile to give someone the perfect gift. This year though, the story is told in a uniquely creative and engaging way as we see Lily, our heroine, go to great lengths to connect with the Man on the Moon.

“We hope it inspires people to find really special gifts for their loved ones and through our partnership with Age UK, raises awareness of the issue of loneliness amongst older people and encourages others to support in any way they can.”

This message will be amplified beyond the TV campaign through a range of channels: moon pop-ups will land in 11 John Lewis shops - providing the opportunity to take photos with the moon back drop, learn about the moon and find out more about this Christmas's Age UK partnership.

The retailer has also created a Man On The Moon App that uses augmented reality to bring the moon to life. By pointing a phone at the Man on the Moon image - found on posters, John Lewis shopping bags, click and collect boxes and many more places; or simply by holding the device up towards the moon itself, users can unlock a 3D interactive moon that releases daily facts and animations in the countdown to Christmas Day’s full moon. The app also features a Man on the Moon themed game in which the player has to avoid obstacles, and collect power ups in a bid to get a chosen object all the way up to the Man on the Moon.

Man On The Moon has been created by advertising agency adam&eveDDB. It is directed by KimGehrig through Somesuch, with post production at The Mill. In-store and online activities were brought to life by Stinkdigital.

The campaign with media planning and buying by Manning Gottlieb OMD begins with two 120 second TV spots on the 6th & 7th November and is supported by a combination of three shorter versions for six weeks.

Project name: The Man on the Moon

Song: Half The World Away

Soundtrack name and composer: Half the World Away – Noel Gallagher.  Performed and arranged by Aurora.

Man on the Moon App: