Kill Me Three Times Launches in the US 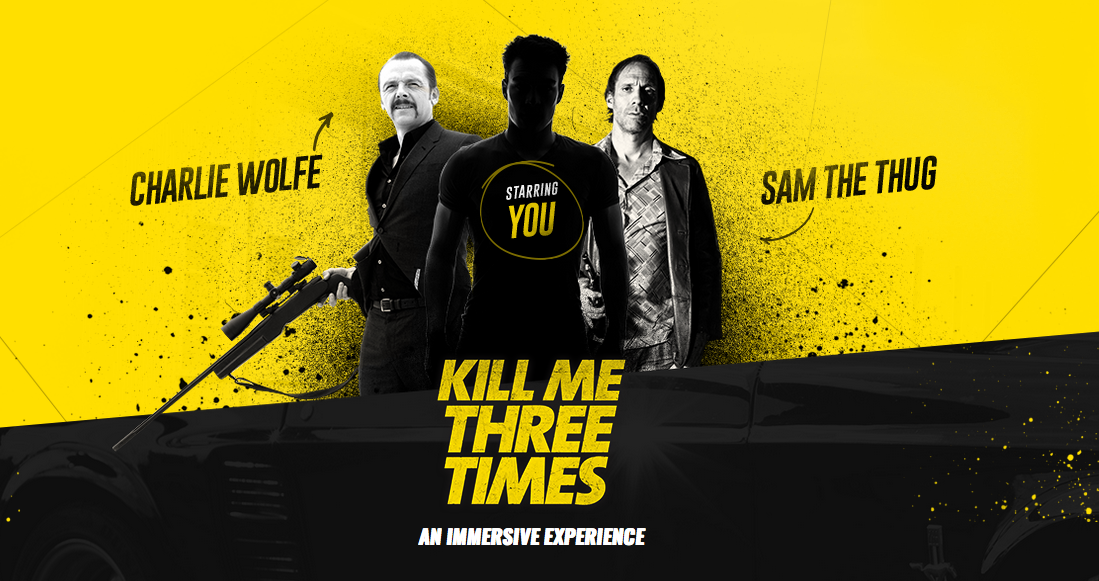 The darkly comedic thriller, Kill Me Three Times, has launched an interactive transmedia experience that will support today’s US release of the film. It features two characters from the movie – Charlie Wolfe (Simon Pegg), and Sam (Steve Le Marquand).

The campaign was developed by Loud&Clear in conjunction with the producers of the film and Screen Australia.

To participate in this film teaser fans can register online at killmethreetimes.com/experience

Over the course of three-days characters from the film will immerse participants into the world of the film via phone, email, social media and video involving Simon Pegg's character, Charlie Wolfe.

“We wanted to pique people’s interest in the characters and their story so we designed the campaign as a story extension, one that takes place just prior to the first scene in the movie,” said Daniel Findlay, associate producer of Kill Me Three Times and point person for the transmedia campaign.

“The experience is individualised - our campaign elements draw from each participant’s social media profile and interacts with them via email, SMS, video and phone calls – they are taken on a roller coaster ride that deposits them on the edge of the film’s narrative.”

“The automated program takes into account geo-locating, phone services, contacts and social content. By fully integrating an individual user’s content into the campaign, we were able to create a truly interactive experience. We also think it's pretty cool that we were able to deliver a call from Simon Pegg direct to user’s cellphones as part of the story."

“At Screen Australia, we’re exploring more innovative ways to help filmmakers build an audience, and to cut through the competitive noise of other releases. This interactive story, that takes the user through an immersive experience leading up to the opening scene of the film, should prove a really fun experience and indirectly help raise awareness of this excellent movie,” says Screen Australia COO, Fiona Cameron.

The film opens in select cinemas in the US on April 10th and will roll out in countries around the world later this year. It is also available in the US On Demand and on iTunes.