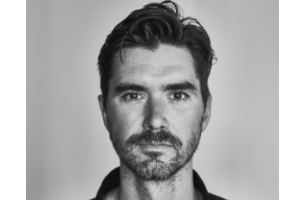 Antill, who will join the Management team responsible for leading J. Walter Thompson Melbourne’s 115-strong office, recently returned from a stint in the US where he was ECD of Leo Burnett New York. Prior to this, he was at Leo’s Sydney, where he and partner Michael Canning became the most awarded Creative team in Australia, and where Antill was ranked the #1 Art Director Worldwide at Cannes.

Managing Director, Michael Godwin says the appointment of Antill is a clear expression of the agency’s creative ambition. “Kieran joins us at an exciting time of positive change with new business wins, new hires across all departments and a range of new capabilities,” said Godwin. “To have someone with Kieran’s boundless energy, his passion for creativity in all its forms and his belief in its ability to solve business problems is a real coup for us.”

J. Walter Thompson’s CEO for ANZ, John Gutteridge said: “Our vision is built around offering clients a diverse set of capabilities, managed via a single, cohesive project team, delivering ideas that make a real difference. We’re in no doubt that Kieran is the ideal Creative leader to help us realise this vision in Melbourne.”

Antill said: “I look forward to a rewarding 2016 where it will be my role to add fuel to the already blazing fire of momentum at J Walter Thompson Melbourne.  At a time when brands need to find more ways to express themselves and involve people than ever before, I applaud J Walter Thompson for recognising this, as evidenced by the development of ‘The Cannery’ - a fully functioning in-house content studio, which allows our ideas to exist even closer to production, bringing greater speed, agility and creativity to all our clients.”