The spot for Unicenter was directed by Javier Nir & Pablo Fischerman 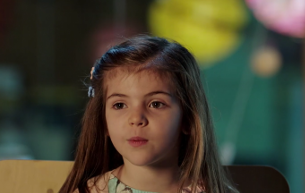 Introducing "Polygraph", an experiment (in advertising) by Unicenter.

Unicenter is the largest shopping centre in Argentina. And Christmas is its busiest time of the year. Every December, hundreds of kids visit to get their traditional pictures taken with Santa Claus.

"Polygraph" is an experiment created by Unicenter and TBWA with children between the ages of 4 and 7 years old to show how kids think about Santa Claus.

The resulting online videos and TV commercial now have everybody talking in Argentina.