Campaign from McCann New York with support from Casanova//McCann, EGAMI Group and Mass Appeal comes at a time when many young people are struggling with isolation and stress caused by the pandemic 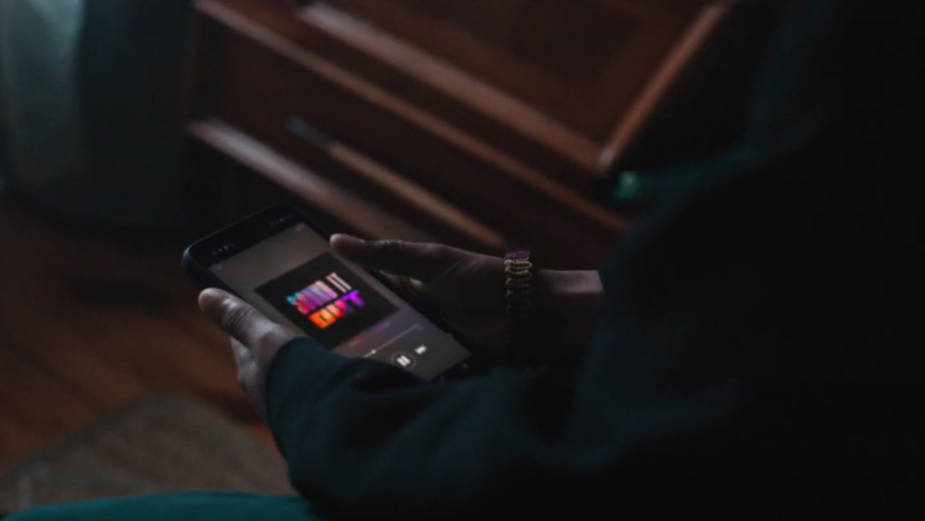 When your child can’t find the words, help them find the lyrics. Today, the national Sound It Out campaign launches with a new album and resources to help parents and caregivers have meaningful conversations about emotional wellbeing with their middle schoolers. The songs will be available across all major streaming platforms and can be heard on the campaign website at SoundItOutTogether.org, which also offers free expert-vetted resources to guide conversations.

The campaign - a collaboration between the Ad Council and Pivotal Ventures, an investment and incubation company created by Melinda Gates - comes at a time when many young people are struggling with isolation and stress caused by the pandemic, on top of the normal pressures of growing up. Sound It Out places an emphasis on reaching parents and caregivers in Black and Hispanic/Latinx communities, which often face the additional trauma of systemic racism and greater challenges in accessing the support they need. Songs, videos and resources will be available in English and Spanish.

Inspired by the insight that music can help unlock conversations between middle schoolers and their parents or caregivers, the campaign features exclusive new music and interviews from recording artists KAMAUU, Tobe Nwigwe, Lauren Jauregui and Empress Of. The artists participated in intimate conversations with middle schoolers and their caregivers, facilitated by mental health experts, and translated the kids’ emotions and experiences into songs.

“The most impressionable minds of any group of people are the minds of children. In America, the most systematically attacked and targeted community is the ‘Black’ community,” said KAMAUU, who wrote and recorded a song inspired by his conversation with Howie, a 14-year-old from New York. “I was drawn to participate and be a part of this project in the name of self-preservation. In doing what I can to help the youth and parents (fathers and mothers), I can help create a better community for myself and for my future children.”

“Conversations with young people about their emotional health and wellbeing can be difficult, but are critically important, especially during a pandemic that has left many feeling isolated and alone,” said Dr. Renee Wittemyer, Director of Program Strategy and Investment for Pivotal Ventures. “The Sound It Out campaign uses the unique power of music to help young people and the adults who care for them find a common language to express these emotions. Innovative efforts like this one are essential to helping more young people get the support they need.”

There is currently a mental health crisis among our nation’s youth. The transitional period of adolescence marks a critical time for parents and caregivers to engage their children in conversations around their emotional wellbeing.

According to the National Institute of Mental Health, more than half of mental illness begins before age 14

The U.S. Centers for Disease Control and Prevention (CDC) reports the suicide rate nearly tripled among young people aged 10-14 between 2007 and 2017

A CDC analysis shows that the share of emergency room visits for mental health challenges, like panic and anxiety, increased by 31% among adolescents aged 12-17 during the pandemic, indicating the negative effects of social isolation and lockdowns

“The Sound it Out project is a labor of love. Grounded in careful consideration of the cultural nuances relevant for Black and Latinx families, this project is led by a team with deep commitment to getting the conversation right,” said Dr. Alfiee Breland-Noble, psychologist and founder of mental health nonprofit the AAKOMA Project. “Together, we have worked diligently to incorporate a culturally fluent approach to supporting families of color in building effective conversations for reducing mental illness stigma and fostering emotional wellbeing. I am so proud to be a team member and expert advisor on this project.”

“Getting middle schoolers to open up about their emotions can be hard, but music is a powerful medium that helps us put our thoughts and feelings into words. When we can’t find a way to say it, there’s probably a song that can,” said Heidi Arthur, Chief Campaign Development Officer at the Ad Council. “At a time when it couldn’t be more needed, Sound It Out uses music to help parents and caregivers have more meaningful conversations with their kids about their emotional wellbeing.”

Public service advertisements (PSAs) for the campaign, developed by McCann with support from Casanova//McCann, EGAMI Group and Mass Appeal, will appear nationwide in time and space donated by the media. The campaign also features a music video for KAMAUU’s song “Howie and the Howl,” directed by Jared Malik Royal and featuring the work of prominent artist Hebru Brantley, whose iconic work elevates the narrative of Black heroes. An intentional collective of diverse creatives brought the campaign to life, including the photographer, video director, director of photography, editor, producers, mix engineers and stylists.

Media agency UM is providing pro bono media strategy and outreach. Bustle Digital Group, Facebook, Pinterest, TikTok and ViacomCBS are among the media platforms that will support the campaign with donated media. Additionally, ViacomCBS will provide custom content and content integration as part of their ongoing focus on tackling mental health crisis through media and storytelling.

The exclusive album will be available to stream across Amazon Music, Apple Music, deezer, Google Play, iTunes, Pandora, SoundCloud, Spotify, Tidal and YouTube. Caregivers can also access the campaign videos, songs and resources on Sound It Out channels on Facebook, Instagram and Twitter.

“The generational stigma and subsequent gravity of mental health conversations in my community have been top of mind more than ever. It feels inaccessible not only from a lack of tools, but from a lack of the language to talk about it. The lyrics of music, however, have the magic to speak on every emotion for a sound mind,” said Gabrielle Shirdan, VP Creative Director at McCann NY. “Sound It Out tells the stories that haven’t been told and uses music as an instrument to shift the culture of mental health — tools every child should grow up with. This work is for a kid in Brooklyn just trying to tell his father how he feels.”

Leading mental health experts provided guidance and input on every stage of the development of the Sound It Out campaign and website. Additionally, Sound It Out will be amplified by a network of non-profit organizations focused on mental health and health equity, including the AAKOMA Project, the American Academy of Pediatrics (AAP), the American Foundation for Suicide Prevention, Boys & Girls Clubs of America, Child Mind Institute, The Jed Foundation, Learning Heroes, National Council for Behavioral Health, UnidosUS and the Yale Center for Emotional Intelligence. Specific activations that will extend the reach of Sound It Out to key audiences over the coming year include The Jed Foundation placing resources in schools, AAP distributing content through its network of pediatricians and UnidosUS sharing campaign assets with affiliates.