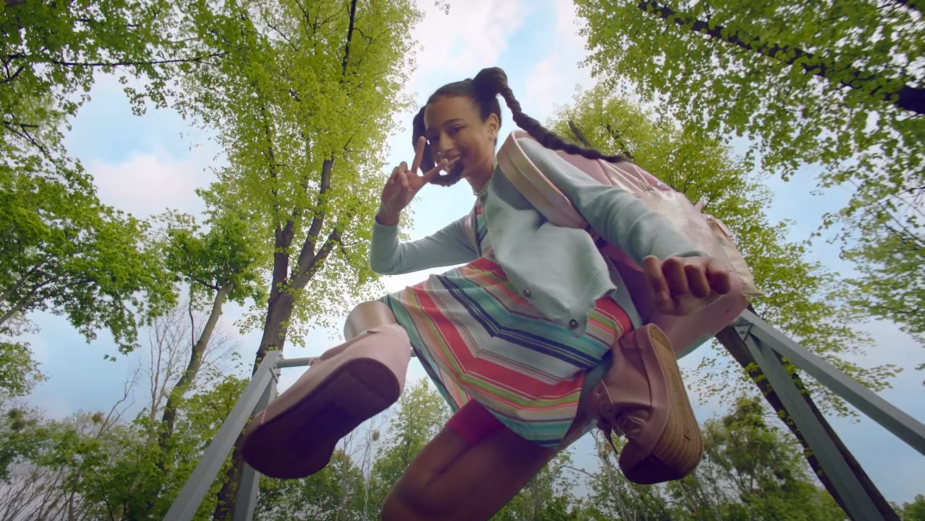 This school year, it’s not just students and teachers that are coming back to classrooms — it’s smiles, backpacks, long overdue high fives and even pants that aren’t sweatpants. Framestore Pictures director Anh Vu brings her unique aesthetic to Macy’s once again for its 2021 back to school campaign, encouraging kids and their families to dust off and head back in style after lengthy lockdowns and a disrupted school year.

Joining forces with creative agency Major Behavior, ‘Dust Yourself Off’ acknowledges that everyone could use a bit of polishing off as they reenter their respective classrooms, and harnesses that energy through dynamic color, camera moves and a nod to social videos.

The transition shots between scenes involved extensive pre-planning, seeing Vu work closely with Framestore's VFX and production teams, referencing numerous social clips from TikTok to Instagram in the hopes of achieving a polished, yet homemade, aesthetic. A variety of cameras and rigs were used on set to capture the more dynamic moves, while some of the VFX involved working with drone and 360 footage along with the Alexa raw plates to help build out more complex shots.

The 15-second spots will run on network and cable with a longer form 30-second spot running online and in Macy’s iconic Herald Square store window.