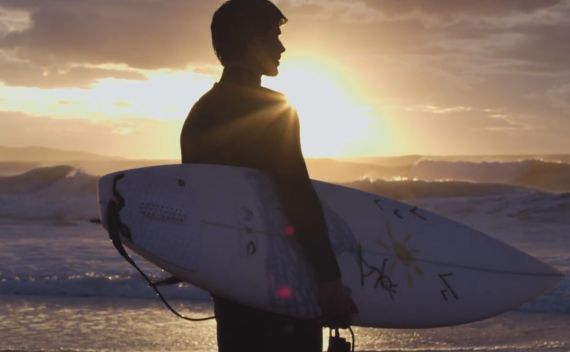 Citroën and surfwear brand Rip Curl have partnered up for the promotion of the new special edition Citroën SpaceTourer Rip Curl. Part of an ambition to develop new forms of original and innovative content for Citroën, Traction (BETC's dedicated agency for the brand) has created a piece of brand content to bring professional surfers closer to their families while they’re away.

Professional surfers spend a lot of time travelling, far from their families. Waxing the board before hitting the waves is an important ritual; it was with this in mind that Traction created special crayons made of surf wax, making it possible for the surfers’ kids to draw or write directly on their parents boards, allowing them to bring a little part of their family with them.

The crayons are made in France by GreenFix from natural ingredients and non-toxic pigments. They were designed for the campaign but will be produced on a large scale.

Later this month, a contest will be launched in several European countries where kids can draw on a blank virtual board on Citroën’s Facebook page. The winners receive a unique Rip Curl board with their drawing reproduced identically by a board shaper and a box of crayons in wax.

This branded content campaign underlines Citroën and its dedicated agency Traction’s ambition and desire to not limit itself to traditional content and to produce alternative formats for the brand.