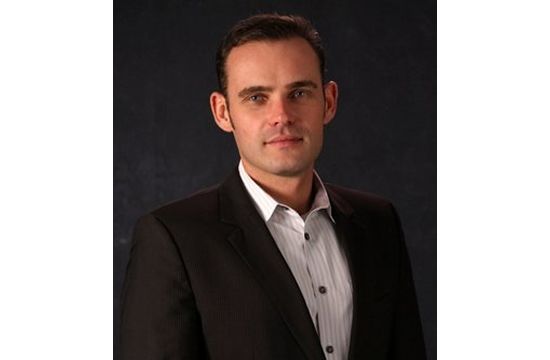 Impressed by his leadership and Emmy-winning digital work, Kids At Play is proud to announce a strategic partnership with digital entertainment executive and producer David Beebe, who will work with the production company to further develop, package and executive produce projects across all mediums.

“Over the past several years, Kids At Play has been fortunate to become a go-to shop to create high-quality content across several mediums, and we’ve made some really fun and exciting content that has touched audiences in every demographic,” Founder and Executive Producer Jason Berger said, noting the arsenal of awards the shop’s work has garnered.

“A big part of the success of the content is the great partnerships we’ve developed,” Berger added. “We know that David will not only add to those partnerships, but expand on them as well. His expertise and knowledge of the space we are in will add a whole other dimension to our efforts.”

Said Beebe: “I’m excited to partner with an innovative production company and the creative minds at Kids At Play as we collaborate to develop and produce content, brands and experiences that entertain, inform and engage.”

The Kids At Play team has been a big fan of Beebe’s story-driven, digital video content. Prior to founding David Beebe Projects – a company that advises on and develops content, brands and experiences across all screens – Beebe was the executive founder and senior vice president of the Digital Studio division of FishBowl Worldwide Media and Vin Di Bona Productions, where his responsibilities included creative, development, production and strategy of digital programming and products. For FishBowl, Beebe hired and led a team of creatives and strategists that successfully executed his creative and strategic vision, building a digital studio unit that was responsible for developing and producing original digital series, activating the “America’s Funniest Home Videos” library of clips to build new digital brands, and developing digital and social media strategies for television shows.

Before FishBowl, Beebe spent six years at the Disney/ABC Television Group, where he founded the Digital Studio division and ascended to Vice President, Digital Studio. In this role, he was charged with the strategic oversight of the studio, as well as building and leading a creative team responsible for the development, production and distribution of digital entertainment, including derivative webisodes, branded shows, original series and live shows for the Disney/ABC Television Group’s portfolio of broadcast and cable networks.

Beebe was recognized by the Academy of Television Arts & Sciences in 2011 for leading the digital studio that produced the Emmy-winning Oscar Digital Experience and in 2008 for product-managing the Emmy-winning ABC.com Full Episode Player.

Before Disney/ABC, Beebe occupied a variety of key leadership positions during seven years at DIRECTV, covering broadcast operations, production and digital media. His career began in the U.S. Coast Guard, where he served as a communications specialist. He has been a featured speaker and moderator at industry events organized by STREAM, UCLA, TVNext, Silicon Beach Fest, VidCon, Tubefilter, Digital Hollywood, Digital LA, OMMA Video, Streaming Media, the International Radio and Television Society, Academy of Television Arts & Sciences and the International Academy of Web Television.

About Kids At Play

Kids At Play is a one-stop production company that creates content for motion picture, television, commercial and digital mediums, and directs and produces commercials. Our team is eager, creative and nimble, allowing for immediate starts on some of the most compelling projects in video. Our arsenal of producers, writers, directors and editors approach every project in a manner that is collaborative, relevant, engaging and unexpected, and our work is truly a team effort. Literally and figuratively, we carry the bag and equipment. Projects include the comedy “Tiny Commando” with Ed Helms and “Good Karma $1,” a documentary short that collected more than 12 awards. Clients include AMC, Yahoo!, Principato Young Entertainment, Electus, AOL, Air Jordan, Pepsi, Xbox, VEVO, Purina, Intel, Vuguru, Smirnoff, IGN, Toshiba and Sony. Learn more at www.kidsatplaymedia.com.