Kids At Play Complete Post on Glamour’s ‘The Single Life’ 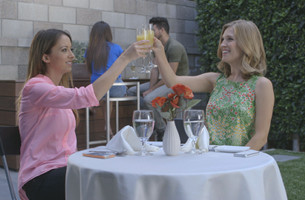 First there’s love, then there’s…reality. Welcome to the season two premiere of Glamour’s “The Single Life” scripted video series, which finds the crew dealing with a whole new set of social media and relationship ups and downs. In a first for Condé Nast Entertainment (CNE), all 10 episodes of the new season are now available for binge-watching at video.glamour.com and at CNE’s new video hub The Scene.

"The Single Life" follows singles and couples as they carefully (and at times hilariously) plot their way through modern dating. In the first season, we watch a budding online relationship between a guy and a girl, who then set up their best friends. In season two, you'll watch the four friends discussing all kinds of relationship conundrums, from the checklist for deciding if you should move in together (Have you caught him watching porn and let it slide? Have you been in the shower while he poops? Have you been together naked without acknowledging it?); to the reality of moving in together (chore wheels, toilet seats, and competing Pinterest pages all come into play!); to discovering your ex on Tinder after a breakup.

To binge-watch season two of “The Single Life,” click here.

To watch an animated recap of season one, click here. “The Single Life” is co-produced by Glamour and Condé Nast Entertainment (CNE)

Written By: Andrew Karlsruher and Will Pappas