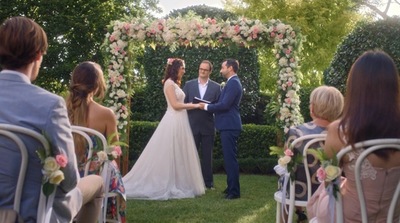 Since October 2014 when Kia launched Australia's only 7 Year Factory warranty, it has dominated the Australian automotive landscape as the only genuine factory warranty offering 7 years protection with unlimited kilometres.

Kia has taken the opportunity to reinforce to the Australian car buying public, that there is only one brand in Australia who offers a genuine 7 Year Factory warranty, on every car, every time.

The new campaign via Innocean Worldwide Australia, is based on the simple premise that a warranty is a promise and that promises should not be for a limited time.

In 'The Vow' we see a loving couple exchanging their wedding vows. Unknowingly our groom hangs off his wife-to-be's every word, when she promises to love him, for better or for worse, but only until March 31.

In 'Pinky Promise' we witness that dinner time moment when a young child begs his Dad to take him somewhere. Dad caves in and lovingly agrees to take his son, sealed with an unbreakable 'Pinky Promise' until Dad say that his offer comes with conditions.

Says Steve Jackson, ECD, Innocean: "I wanted to make these scripts the moment I read them. The temptation for an auto company is to keep everything in the auto world, so I was delighted when the Kia team saw the power of this simple, charming universal truth."