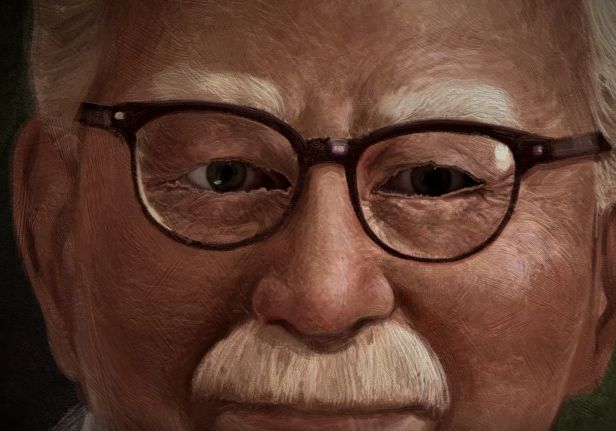 KFC is jumping into the VR space with their latest training video, but you'd better not expect cheesy one-liners and overly friendly staff teaching you the ways of Kentucky fried goodness.

Teaming up with W+K Lodge - Wieden+Kennedy's creative technology group - the experience is an escape room where Colonel Sanders gives his trainees hints and clues along the way to ensure they are making fried chicken the Hard Way – the way that he invented more than 70 years ago.

"In 1940 the Colonel was just one man frying chicken by hand. Now we have nearly 19,000 trained cooks across the U.S., but they're still doing it by hand," said George Felix, KFC U.S. director of advertising. "Our cooking process hasn't changed much in 70 years, but the way we can train our cooks using modern technology sure has."

After successfully completing the five main steps – inspecting, rinsing, breading, racking and pressure frying – participants exit the secret training kitchen with a high-level glimpse of what goes into cooking Original Recipe chicken, a process that takes 25 minutes from start to service in its real-world KFC kitchens across the U.S. In the virtual world, the game is able to utilise the magic of modern technology, such as time lapse, to provide participants with a ten-minute demonstration of KFC's cooking process.

KFC will use the VR simulation to supplement its robust, multi-step employee training program, called Chicken Mastery Certification, which provides detailed eLearning and hands-on training for cooks in each of KFC's kitchens. KFC will provide yet another platform by bringing the VR simulation technology to its regional general manager training classes, quarterly franchise meetings, and employee onboarding at its headquarters. Incorporating playful design and game mechanics that make virtual reality so popular, such as the escape room concept, mini games, surprises and a meticulous Colonel who controls the entire experience, KFC's VR tool is a fun and interactive add-on to the brand's training program.

Instead of using virtual reality to teach team members how to do their job faster, KFC is using the technology to teach its cooks how to make its world-famous chicken better. It's a gamified take on the Colonel's proprietary, once-patented process for pressure-frying chicken, using his still-secret Original Recipe blend of 11 herbs and spices.

'The Hard Way – a KFC Virtual Training Escape Room' was developed in partnership with Wieden+Kennedy's creative technology group, W+K Lodge, and designed for the Oculus platform utilising the Rift headset and Touch controllers.

"What excites us is experimenting with new tools and mediums to tell stories. VR became an obvious choice to create an immersive experience that teaches trainees how to make KFC's Original Recipe. The escape room concept builds on the pure training and utility of the experience into something that's also entertaining and connected to KFC's iconic founder," said Jonathan Minori, W+K Lodge design director.