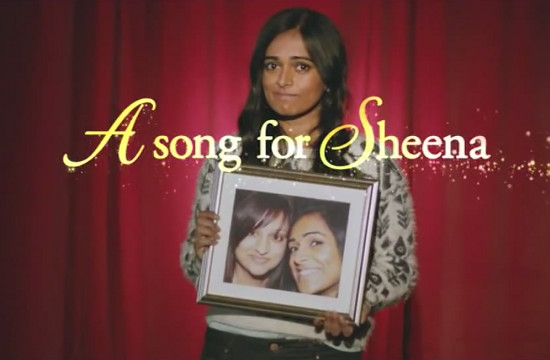 The anticipation is finally over as KFC announces 27 year old Alpa Patel as the lucky winner of its #UniteThisXmas Twitter competition. As the winner of the competition, launched as part of KFC’s hit Christmas campaign two weeks ago, Alpa will star in KFC’s ‘one time only’ Christmas advert due to air this Sunday during the X Factor final in front of an audience of millions.

KFC chose Alpa to be the lucky winner after she tweeted “@KFC_Choir I want to make peace with [Sheena] as we are going travelling together for a month. It starts with 24hr flight”.  The heartfelt tweet followed a fall out with her best friend Sheena Jagjiwan over the planning of a life-changing trip to Australia. With years of friendship behind the two, and plane tickets all booked, Alpa asked KFC to give her the chance to make peace with her friend in order to save their trip of a lifetime, and ultimately salvage their friendship.

Alpa’s dream is fast becoming a reality as she will become the star of the show in a 60 second ad, which will follow the same tongue in cheek musical style that has been used throughout the campaign and play exclusively during the X Factor final this weekend. Alpa will be seen singing her heart out in a desperate attempt to capture her friend’s attention on national TV with a specially written song performed by both herself and the KFC Choir.

The original 2.5 minute ad has received an overwhelming response from the public with thousands of people joining in with Twitter campaign hoping to build bridges with friends and family this Christmas. The video has had over 400,000 hits on YouTube and has been shared thousands of times on Facebook.

Meg Farren, Marketing Director, KFC, comments: “We’re thrilled with the engagement and response we’ve had towards the campaign and are really excited to have chosen a worthy winner. We hope that, with a little help from KFC, people across the UK are making peace with one another in time for the big day and that with the KFC Choir behind her, Alpa can make up with her friend before their big trip down under.”

Alpa Patel comments: “The last few days have been surreal but I’ve had a great time recording the song and filming the advert. I know Sheena will appreciate the lengths I have gone to to try and patch things up.”

The campaign, which will continue to run until the 29th December, was created by BBH, with media buy handled by Walker Media and the social campaign handled by Fabric Worldwide. The song is now available for the public to download on iTunes and stream on Spotify, and fans can follow the KFC Choir on Twitter, @KFC_Choir.