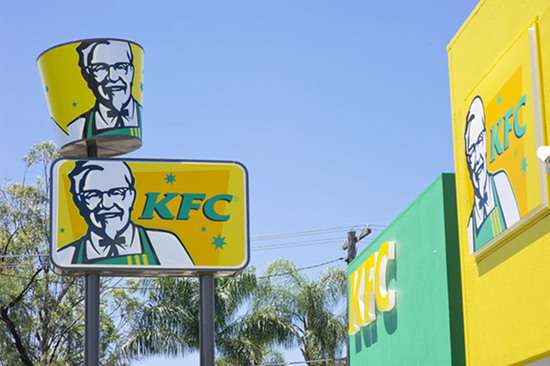 The campaign was created to ignite national pride and support for the Australian Cricket Team, the centerpiece of which is a dramatic transformation of key restaurants from England’s red and white colours to Australia’s green and gold. In an Ashes Series-first, KFC will also launch the Green & Gold SkyBox – a KFC restaurant in the sky that will overlook the Sydney Test Match at the Sydney Cricket Ground (SCG). 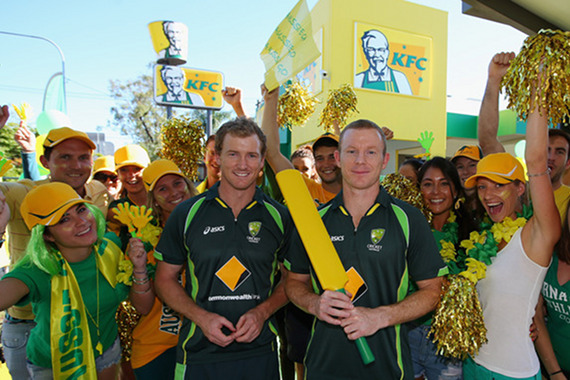 Key restaurants across Australia will turn the green and gold.. The campaign will be supported by PR, TVCs, media partnerships, experiential and social media, with eight TVCs airing on Channel 9 and Channel 10, ground signage at each Ashes Test Match, as well as a social competition involving Bucketheads.

The Green & Gold SkyBox will give cricket fans the chance to experience the Ashes from a new perspective. SkyBox will take flight 20 times on the first two days of the Sydney Test Match and guests will be elevated above the SCG for 23 minutes. Tickets to the Green & Gold SkyBox can be won by visiting www.skyboxpromo.com.au and entering details available in News Corp publications  from Monday 25th November to Sunday 15th December.

Valerie Kubizniak, Acting Chief Marketing Officer said, “The Ashes ignites a fierce rivalry between England and Australia.  We have thousands of Barmy Army fans descending on our shores for the second time this year, and as a proud and long-standing partner of Australian cricket we wanted to create a campaign that would ignite national pride and celebrate this great occasion.”

KFC is a Gold Partner of Cricket Australia, with the Green & Gold campaign forming part of its 11 year sponsorship. KFC will continue to hold the naming rights to the KFC T20 International and T20 Big Bash League, a partnership that started in 2003.

James Sutherland, Chief Executive Officer of Cricket Australia said, “We’re thrilled to have KFC continue its partnership with Cricket Australia this season and we’re excited to see the launch of its Green & Gold campaign, which will no doubt further stimulate an energetic rivalry between Aussies and the Barmy Army, as well as encourage fan engagement crucial to cricket’s future success in Australia.”