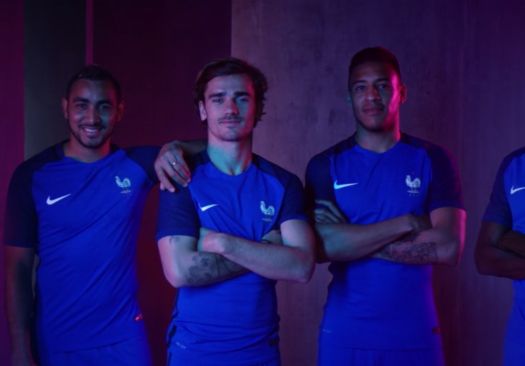 KFC brings together chicken lovers and the French national soccer team over the values that unite them… even the most unexpected ones.

During the France vs. England football match on June 13th, KFC celebrated its partnership with the FFF (French Football Federation) with the premier of ’90 Minutes Between Real Friends’.

The epic new brand film highlights candid memories of friendship that unite us - whether we’re soccer pros playing on the field, or soccer fans eating a bucket on the couch. The spot features some of the team’s most talented players, including Antoine Griezmann, Lloris Néry, Blaise Matuidi, Dimitri Payet, Benjamin Mendy, Corentin Tolisso, and Alphonse Areola, as well as five KFC lovers.

The film plays on the intense atmosphere surrounding the game to highlight mini-anecdotes given by both the players and KFC regulars and is presented in a sentimental tone within a highly crafted visual character.

The film was launched just before the game’s kick-off, and will be broadcast during each game in the Stade de France.